A Trick of the Light (Inspector Gamache 7) 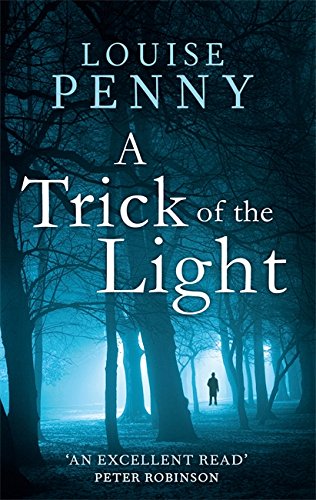 2000s: A murder in one of the most picturesque villages in Quebec…as Chief Inspector Gamache delves into the art world…

Chief Inspector Gamache, the head of homicide at the Sûreté du Québec, is called to the tiny Quebec village where he finds the art world gathered, and with it a world of shading and nuance, a world of shadow and light.

There has been a murder – a woman named Lillian is dead during the middle of the celebrations for Clara Morrow’s solo show at the Musée in Montreal.

To make things worse if that were possible, the body is that of Clara’s childhood friend Lillian Dyson. Lillian and clara had a falling out years ago when Lillian wrote a scathing review of Clara’s work which almost caused her to stop painting for good.

Once again the magic of Three Pines comes back to life with an artistic crowd  but also shows a dark side to this world indeed of any world – the depth of alcoholism and how it can destroy so many things and so many people.

Ruth Zardo for example may not be a major character but she is a fine poet here – loud and a bit brash but with a heart of gold at her core. Artist Clara Morrow finds the body in the morning after celebrating the opening of her first solo exhibition at the Musée d’art contemporain de Montréal.

Lillian’s murder takes center stage but there are several sub-plots that are woven in to every page and the result is enchanting!. A TRICK OF THE LIGHT seems to refer to the book over all and the world in which it is set – how  good exists alongside evil,  and how forgetting and forgiving  should happen and how hope should replace fear.

And as for Three Pines itself?