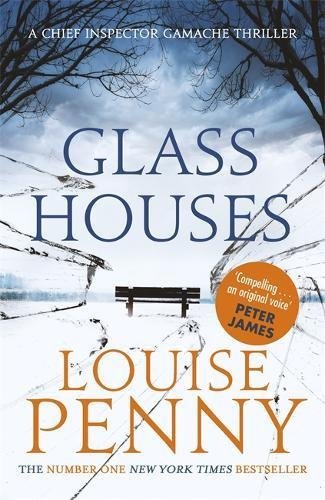 2000s: Just who is this strange figure to have suddenly appeared in Three Pines?

One cold November day, a mysterious figure appears on the village green in Three Pines, causing unease, alarm and confusion among everyone who sees it. Chief Superintendent, Armand Gamache knows something is seriously wrong, but all he can do is watch and wait, hoping his worst fears are not realised.

There are rumours that this is the figure of The Cobrador – an old Spanish custom –  of a debt collector who follows and stares at the subject until the debt is paid. It is said he also acts as a conscience for someone who has committed a terrible wrong. So the worrying question is why is he in Three Pines?

Then the figure disappears as abruptly as he appeared. Soon after, a dead body is discovered – and it falls to Gamache to investigate.

In the early days of the murder inquiry, and months later, as the trial for the accused begins, Gamache must face the consequences of his decisions, and his actions, from which there is no going back . . .

According to even the novels themselves:

Interesting then that there is actually a map of the place at the centre of the story here. This is a real literary booktrail therefore. Imagine what you will find if you follow this map? The village is described as “Like in a snow globe” so it does sound very nice at least. But if you’ve been to Three Pines before, you know the snow can hide a multitude of sins.

And Quebec tourism does all it can to ensure you can go there: 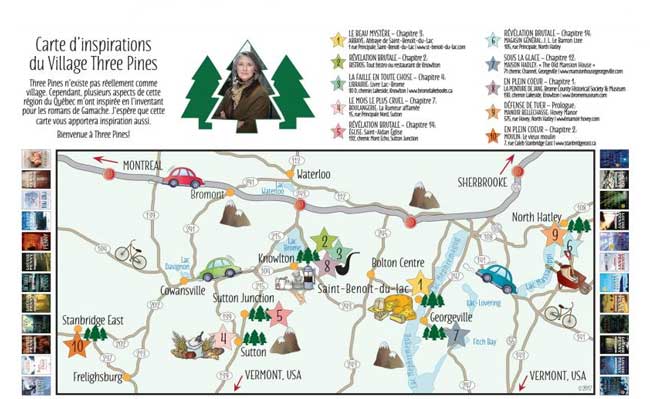 Armand Gamache  – Chief Superintendent – knows something is seriously wrong, but all he can do is watch and wait, hoping his worst fears are not realised. This mysterious figure who appears in Three Pines and then disappears again is a mystery indeed. He’s very protective of his town and his people and so when a dead body is discovered, it falls to Gamache to investigate. Imagine how he feels to have Three Pines invaded in this way?By something or someone unseen?

Whilst the four townships above all inspired the book, when it came to film the books, the film crew landed on Stanbridge East as having the best of everything. The village was made into Three Pines and only slightly adapted! 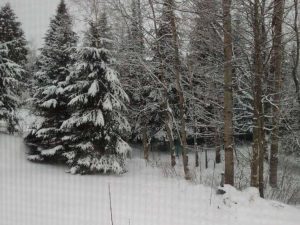 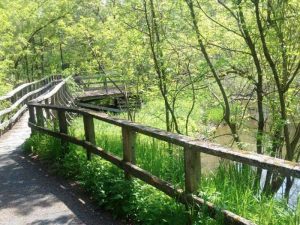 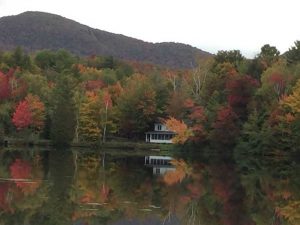 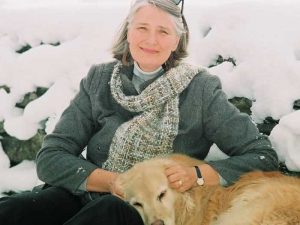 I squealed with excitement when the proof landed on the mat and I waited until a time I wasn’t going to be disturbed to read it. That’s how much I looked forward to this book. Having read all the Louise Penny books I needed some more Gamache!

I certainly wasn’t disappointed! This is Three Pines yes, all the charm, the quaint village feel with dark undertones, the weird and wonderful characters with hidden secrets from the past…but here we have some darkness which comes to Three Pines in the form of a dark shaded figure who appears to be watching certain residents..This is the central story thread in the book – the mystery of a masked cloaked figure standing and staring. When it becomes apparent that this seems to be an old Spanish custom of a cobrador – a debt collector who follows and stares at the subject until the debt is paid – then things get very creepy indeed. The cobrador is also said to act as conscience for a person who had committed a terrible wrong.  When someone is found murdered wearing a black cloak….oh my word…

This story flits from Three Pines to the courtroom in Montreal where Gamache is standing in the dock answering questions during a trial. He’s involved in a one man war on drugs and is battling his enemies on all fronts. Never mind the ones waiting in Three Pines! These two story threads hang very nicely together, complement each other and shines a new spotlight on a Gamche and his work as well as his persona.

Ooh if you love Gamache and have followed his development through the ranks, this is really going to excite you. Never fear though – you could read as a standalone but the full gamut of Ganache is best enjoyed from book 1 i think.

Locations? Despite the murders and bother in Three Pines I still so want to live there! There’s a lot set in Montreal here too, a little in Vermont and this widens the scope of the book as I felt we got more of an insight into Gamache, his work and career.

In earlier books “Three Pines wasn’t on any map.” In Glass Houses, it’s “civilisation adjacent” It’s definitely on my map of my favourite literary places to spend a few happy hours in the company of such Quebec greats as Gamache.

The Gamache series just gets stronger and stronger, bolder and more mysterious. Three Pines is no typical Quebecois village and in the hands of Louise Penny it’s a magically alluring place to be.  I know that in real life, Louise has been through some very tough, emotional times and I feel Gamache is working even harder here looking after her.

A brilliant addition to the series and a very strong Gamache outing. It was unnerving to see him in the court defending himself and his work. I enjoyed this with a dish of Quebec’s poutine dish (cheese curds and chips and gravy) as I thought I owned it to Gamache. Highly recommended!!