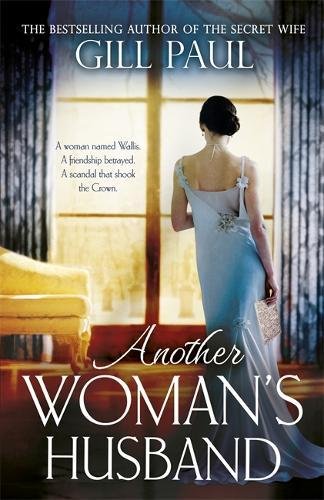 1911, 1997: A story of secrets and lies weaving the fascinating story of Wallis Simpson and a certain Princess Diana…

1911. Mary Kirk and Wallis Warfield meet at summer camp when they are just 15 years old. Their friendship will survive heartbreaks, continents, and the demands of the English crown, until it is shattered by one unforgivable betrayal…

1997. Kendall’s romantic break in Paris with her fiance is interrupted when the taxi in front is involved in a road traffic accident in the Alma Tunnel. The news soon follows: Princess Diana is dead. Kendall returns home only to discover a long-forgotten link to Wallis Simpson, the Duchess of Windsor, something which will lead her to the truth of a scandal which shook the world…

“It was at Bryanston Court that Wallis held her famous KT hours, where the rich and famous flocked in the hope of meeting the Prince of Wales. As their relationship developed, she also entertained guests at the Prince’s homes: Fort Belvedere, a Gothic Revival house in extensive grounds, and Windsor Castle, perched on a hill above the Thames. Ernest takes Mary to various sites in and around London, travelling as far as Bath for a day and stopping at Stonehenge on the way back. They also stay at the Hotel de Paris in Bray for a night that was particularly important to the plot – but far be it from me to include any spoilers!”

Rachel and Alex live together in Brighton, and her vintage clothes shop is in the North Laines. The town is a glorious mixture of Regency, Victorian and Edwardian architecture, with pale stucco and wrought-iron balconies, alongside modern bars and nightclubs. The West Pier was in a dilapidated state but still standing in 1997, when this story is set, but burned to a charred skeleton in 2003.

The story starts in Baltimore where Wallis and Mary first meet and become firm friends. The boarding school allows an closed environment for them to get to know each other but even here the differences between the two girls is evident.

“Wallis Warfield met Mary Kirk at Burrland summer camp in the Maryland countryside in 1911, and thus began a friendship that lasted for the next 24 years, their lives interlinking closely, moving apart for a while, then coming together again. They attended Oldfields school and socialised at the Baltimore country club, which are both still there today. ”

The city where they all later live. Mary and Jacques settle in Washington Square and attend many functions and parties in and around the city’s clubs and bars. The city comes to life during the time of prohibition as the alcohol seems to be on tap even more than it was before. Parties are lavish and the chance to meet and mingle with men is just too darn appealing to some.

“The two plots cross over here: Mary and Jacques live just off Washington Square, then after their separation she moves to an apartment on Bleecker Street, where she and Ernest can sit on the fire escape watching the world go by. Rachel visits her friend Richard in New York and stays in his Bleecker Street loft, supping cocktails with him in a retro speakeasy bar. They walk across Washington Square, with its chess players and street performers, on their way to a sale of vintage clothing.”

In 1930, Fort Belvedere became the residence of The Prince of Wales (future Edward VIII). When he became King, Edward continued to use Fort Belvedere as his Windsor residence. The fort is iconic in history as it is in the novel as this is where he signed the Instrument of Abdication, in the presence of his three brothers. Then,the very next night, after a radio address given from Windsor Castle, the now former King left the Fort for Austria where he awaited Mrs. Simpson’s divorce to become final.

The city of love and many many secrets it would seem. What is in the centre of the Bois de Bologne? Who would ever have guessed? And the tragic scene which plays out under the Alma Tunnel..now a shrine for the Princess and those who died here in 1997.

“Princess Diana visited the Villa Windsor hours before she died, and no one is quite sure why. This was the fact that inspired the novel, providing a link between Diana and Wallis, the Duchess of Windsor. Both married into the same family and were badly treated by them. Both were hounded by the press, both loved fashion and were much photographed, and both struggled to find love after an unhappy first marriage. “

Wow wow and wow again. How have I not heard of this true life story before? Wallis Simpson and Princess Diana are such iconic figures but Wallis’s childhood and life up until and after she married the king of England is utterly fascinating! With a brilliant touch of phrase and a deft touch of historical intrigue and creative flourish, the period and the people come to life from the page. I half expect the finished book to have gilded pages and be displayed in the shops on a velvet cushion.

The stories of both Diana in 1997 and Wallis Simpson in 1911 are stories you might think you know but I had no idea of the link! A mystery hidden in plain sight! A puzzle solved across the years! Some of it might be fictionalised of course but I can’t say anything else other than read this with your mouth wide open like I did. It plays out like a film in your mind with classical music mixing with the jazz of the 1920s.

The historical research must have taken ages – as although the book is written with a light and deft touch, you’re sure that beneath the velvet there’s some history stuffed in there – making it a very comfortable, enticing read with a glorious mix of facts and intrigue.

Gill has taken me to some amazing places and moments in time – Elizabeth and Richard Burton’s affair on set of Cleopatra in Italy, the Titanic in the middle of the Atlantic ocean and even the middle of the Crimea with Florence Nightingale. This HAS to be an epic film or at least given to those who want to relive history – Gill has such a skill, I half expected to wake up this morning clutching a bracelet or facing a portrait picture on my wall (when you read the book you’ll see why)