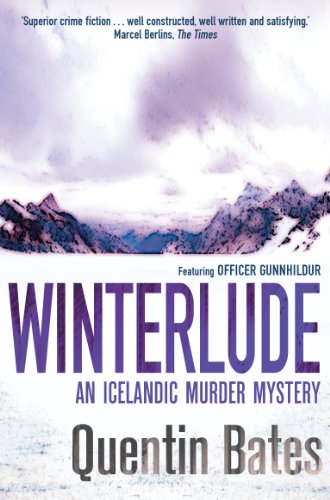 2000s: A violent killing in a cold climate

It’s a bitter winter morning when Sergeant Gunnhildur is called to the scene of a violent killing in an abandoned industrial unit. Gunna and her sidekick Helgi quickly find that the battered victim had no shortage of enemies.

The case takes Gunna around Reykjavík’s darker side and Helgi to the bleak rural district he grew up in as they work out who was prepared to take a grudge as far as murder.

From the capital city to the frozen north, the novel takes place in a few locations and is based from the serious crimes unit  in Reykjavik. The view of the city is not the best as many scenes are set in and around a violent killing in an abandoned industrial unit.

Helgi grew up in the north of Iceland so when the investigation takes a turn, he is sent there to investigate.

But there have been questions about Hvalvík. There’s a real place in Iceland called Hvalvík but that’s not the fictional Hvalvík. The genuine Hvalvík is in the north-east of Iceland, and it’s a small, uninhabited inlet that’s hardly even a bay, a few kilometres north of Kópasker. The Hvalvík I’ve written about is an amalgam of half a dozen places. It would probably have been easier to adopt coastal village somewhere and use that. Somewhere on the south-west corner would have done the trick. Vogar, maybe, or else Sandgerði, or Garður. But let’s just say that Hvalvík is somewhere on the south coast, a few miles east of Grindavík.

“I was happy enough to write about real places in and around Reykjavík, but taking on a smaller place with all the opportunities to find myself unwittingly portraying a real mayor, schoolteacher, petrol pump attendant, waitress or police officer were too risky to my mind. Going for a fictional place, even if it is simply an amalgam of the features of several fishing villages, seemed the safer route.”