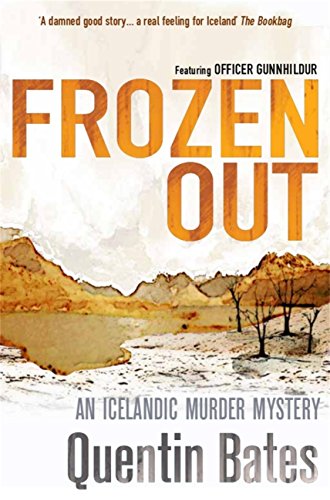 2000s: Frozen Out also known as Frozen Assets is the first in the Gunnhildur series

A corpse is washed up on a beach in an Icelandic backwater starting a chain of events which plunges the village of Hvalvik into chaos.

The local police sergeant Gunnhildur has a lot to deal with particularly as she suspects that the man’s death was not an accident. She decides to look into his past more closely but ends up getting dragged into a world of corruption and violence, not to mention danger to herself.

Nothing is straight forward – The night he drowned for example, he was a long way from where he was supposed to have been .

The village of Hvalvik is fictional yet the author mentions at the start of the book that he based much of it on Grindavik for its atmosphere and geography.

Other locations are real although he has taken a few liberties with the place names.

Reykjanesbraut – Route 41, known as Reykjanesbraut, south-west Iceland, runs along the northern shore of Reykjanes peninsula and through the capital region