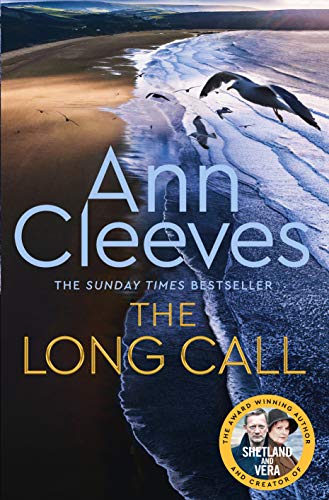 2000s: The first in the Two Rivers crime series set in and around Devon

In North Devon, where the rivers Taw and Torridge converge and run into the sea, Detective Matthew Venn stands outside the church as his father’s funeral takes place. The day Matthew turned his back on the strict evangelical community in which he grew up, he lost his family too.

Now he’s back, not just to mourn his father at a distance, but to take charge of his first major case in the Two Rivers region; a complex place not quite as idyllic as tourists suppose.

A body has been found on the beach near to Matthew’s new home: a man with the tattoo of an albatross on his neck, stabbed to death.

Finding the killer is Venn’s only focus, and his team’s investigation will take him straight back into the community he left behind, and the deadly secrets that lurk there.

Where the novel opens and where the novel centres around. This is a very interesting part of Devon -”where the rivers Taw and Torridge converge and run into the sea”.

The case calls Matthew back into the community he thought he had left behind, as deadly secrets hidden at its heart are revealed, and his past and present collide….

Barnstaple stood inland from Ilfracombe. |Once it had been a small market town, and the centre still felt like that, with its pannier market and busy high street, but the town had spread, sprawled.

“It could have been any other English town. Apart from the river. The river, tidal still at this point, changing with the moon and the weather, made the place wilder, hardly a town at all.”

“Once Ilfracombe had been a grand seaside resort, with elaborate gardens and hotels and a paddle steamer that carried passengers along the Bristol channel to Somerset and South Wales. With cheap flights to the Mediterranean available so readily, it had faded, lost its purpose. The tourists had fled to Spain and the Greek islands instead. Now, the place was trying to find a new role.”

Not all the palces here are real for obvious reasons. Hope Street is known as Addicts Alley so is not based on a real street.