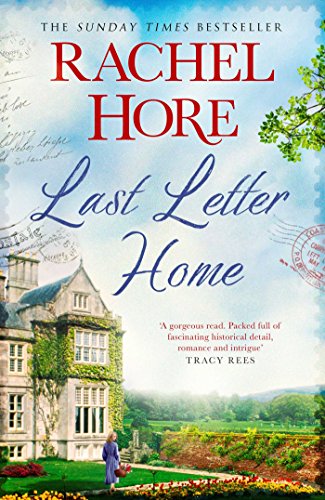 1940s, 2000s: A wartime story which starts in a ruined villa in the hills behind Naples

On holiday with friends, young historian Briony Wood becomes fascinated with a wartime story of a ruined villa in the hills behind Naples. There is a family connection: her grandfather had been a British soldier during the Italian campaign of 1943 in that very area. Handed a bundle of letters that were found after the war, Briony sets off to trace the fate of their sender, Sarah Bailey.

In 1939, Sarah returns with her mother and sister from India, in mourning, to take up residence in the Norfolk village of Westbury. There she forms a firm friendship with Paul Hartmann, a young German who has found sanctuary in the local manor house, Westbury Hall. With the outbreak of war, conflicts of loyalty in Westbury deepen.

When, 70 years later, Briony begins to uncover Sarah and Paul’s story, she encounters resentments and secrets still tightly guarded. What happened long ago in the villa in the shadow of Vesuvius, she suspects, still has the power to give terrible pain …

All of the places in this book are fictional – Tuana, the little village in Sicily and the main location of Westbury Manor are sadly not places you can visit. The locations are only there as a background really since the real story is the mystery of the family links through the years.

However there are a few places you can visit to think you are in the story!

Westbury Hall is somewhere in Norfolk so we’ve put a few possibles  on the map including Hoveton Hall Hotel which is a large estate house with grand rooms and a cottage attached to it….is there a pond and gardens we wonder? Rachel says “some of the places I’ve visited:  walled gardens at country houses in Norfolk such as Felbrigg, Thornham Magna, and the one under reconstruction at Blickling Hall.  They enabled me to imagine the fictional one at Westbury Hall, a lovely old Elizabethan manor house I invented

Several war time scenes take place in London and where there’s mention of a crater at Marble Arch, you start to understand the tensions and damage of war. Kew Gardens links one of the themes in the novel and let’s not forget St Martin’s Court – the home of hidden books where one of the characters visits.

The focus of this part of the story weaves int the complexity of the Italian side of the war, the various campaigns and fear of the German advance.

Tuana  – Said to be somewhere in the valley in Sicily.

“The valley was idyllic; well, it appeared to be. Just as Briony knew that the grey haze crowning the furthest hills must be the pollution of Naples’ industrial belt, and the distant twin peaks wreathed in smoke was Mount Vesuvius…..”

As they tramped along in the greying darkness they sense the massive presence of Mount Etna, in the distance, its summit reaching higher than most of them believed possible, blocking out the stars

I’m a sucker for dual time line stories and I do love a Rachel Hore novel so this ticked two boxes from the off! The crosses remained firmly in place as this was a fine story!

Two stories work well but I did love the historical part the best – the  letters literarily come to life and I did love following the story of Sarah and Paul. There’s something so poignant and heartbreaking about love in war time and the way Rachel captured this was quite fitting! These letters were tricky to read in the present day so what was it like for Sarah at the time!

The settings here also really helped as Norfolk and Italy – well you can’t get too more different locations than these. The way Rachel wove in the story of the Italian campaign and the war time community spirit made it all the more interesting and fleshed out as a novel. The settings in Italy were a mix of exotic and wartime but the pride of a nation was plain to see as well as the outsiders there to fight who desperately wanted to come home.
Rachel Hore always writes so you can easily identify or at least sympathise/empathise with the characters and there were some really touching moments/ Letters from war time have that certain magic about them, history in an envelope, and I enjoyed the novel which signed, sealed and delivered on all counts.