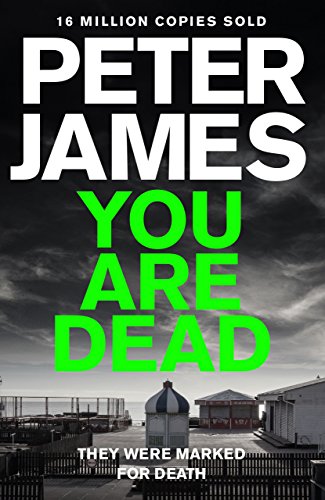 2000s: A kidnap in an underground car park in Brighton takes on an even more terrifying turn

Jamie Ball is horrified to hear his fiancée, Logan Somerville, on the phone. She has just returned home to the underground car park and sounds petrified as she screams before the phone goes dead. The police arrive within seconds but despite Logan’s car being there, there is no sign of Logan.

The search starts immediately but when a body is found in another part of the city later that day, things don’t look good. However this body was buried deep, discovered by workmen and the woman has been dead for some thirty years.

A body and a kidnapping in one day. The two cases couldn’t be connected could they? Surely there won’t be anymore similar incidents? Does Brighton have its own serial killer?

The frightening case of a missing woman, a woman kidnapped from the car park underneath her house and more women going missing. This is bad enough but the man in charge, Roy Grace is having to deal with a problem closer to home. His first wife is still missing and this is something that understandably makes this case even more hard to deal with than it might be otherwise.

When Roy notices the similarities between the two women, he starts to investigate but everything is made more difficult with his own emotional state. Can he protect women now as he failed to do so in the past (in his eyes). The setting is one of missing people and needing answers from the past, catching someone who is responsible for the fear that women in Brighton now have.

And as for Logan, kidnapped and trapped in a small dark place makes this a dark Brighton where women are not safe and where even being on your own home turf, close to your home is not even safe.