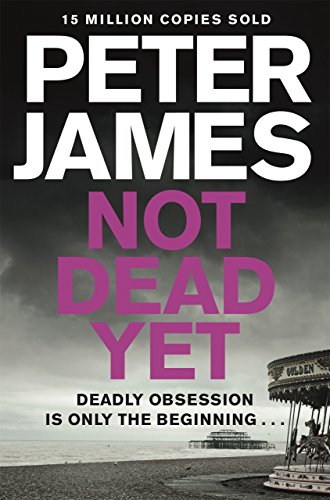 Hollywood comes to Brighton and Hove. A movie to be shot on location is the talk of the town but behind the movie facade there are a few shadows forming.

There is a lot at stake with this movie and not just publicity and financial gain for Brighton itself. LA producer Larry Brooker thinks it could be the movie that makes his name as well as his fortune. Gaia, a rock star superstar, feels the role could help her win an Oscar nomination or at least allow her to move from her rock background into acting,

The film is about about the city’s greatest love story – between King George IV and Maria Fitzherbert  but it may be another emotion entirely which comes to town – deadly obsession.

The Brighton police force has its work cut out when Hollywood comes to town. The buzz of the city is  overwhelming as the media and the locals get very excited about the arrival of stars such as Gaia. This is going to bring money into the local economy and bring some welcome attention putting Brighton on the movie map. As the movie is about Brighton’s own King George IV and Maria Fitzherbert,  it’s especially interesting. The famous Brighton Pavillion is going to get the Hollywood treatment.

Roy Grace thinks so as he is tasked with keeping Gaia safe whilst she’s on his home turf as it were but attempt are made on her life and someone else is killed by mistake, so this is not the side of Hollywood Grace expected to see. The world of celebrity is a strange and varied beast. Along with a pregnant partner at home, Grace is keen to keep the visitor to his city safe until they all leave. The world of celebrity, how a city changes to accommodate a movie set and how the police deal with stalkers is all an interesting background.