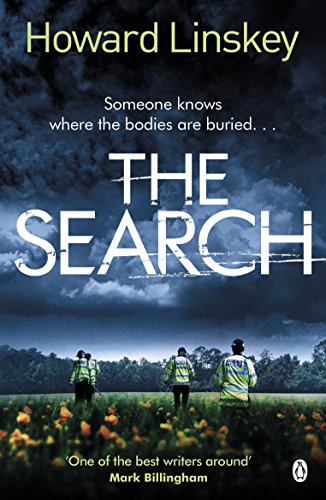 During the heatwave of 1976, little Susan Wicklow goes missing. A huge police investigation is launched – unprecedented in fact, but she has never been found. Until now.

Convicted serial killer Adrian Wicklow was always the prime suspect. He’s played with the police for years telling them where she might be buried. He enjoys the sick game he can taunt the police with from behind bars. But now the game has changed – Wicklow is dying. And the clock is ticking…so much so that Wicklow now says that before he dies he wants to tell the truth.

Detective Ian Bradshaw works with investigative journalists Helen Norton and Tom Carney to find the body. However, this is Wicklow’s life’s work. Would a murderer on death’s door give up his last secret so easily…?

Many a policeman will tell you that people go crazy in the heat. Crime rates seem to go up with the temperatures and in the fictional village of Maidenhill this is no exception. A poor girl goes missing. This is the heatwave that everyone remembers – people still talk about it today and so a crime which is set at the heart of that is going to linger for more reasons than most

It’s the opening of the book so the landscape is rocky, craggy and harmful is set from the start. There are some dark clouds hanging over these parts and one man at the very dark heart of them.