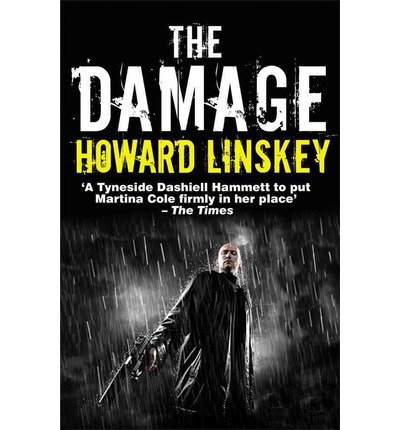 2000s: There’s a thought that keeps me awake at night; I have to be lucky every time, they only have to get lucky once.’

David Blake is a worried man. He should be enjoying the high life now he’s Newcastle’s ‘Top Boy’, the man who controls everything in the city that’s worth controlling. He lives in exiled luxury, while his brother Danny and trusted right-hand men, Palmer and Kinane, take care of business and make sure no one steps out of line. The money keeps on rolling in and Blake is sharing his life with the girl that he loves, Sarah Mahoney.

Shame he had to murder her father to save his own skin but at least she doesn’t know anything about that.

Blake never wanted to be boss but who else is savvy enough to deal with all of the firm’s problems. Newly-crowned Glasgow crime lord, Alan Gladwell, wants to do business with the firm and the deal makes sense but can Blake really trust the man whose brother he brutally murdered?

When one of his men takes two bullets in the back and someone tries to kill him, Blake struggles to stay in control.

‘The Damage’ It wasn’t just pub settings in my second novel. When David Blake secretly meets a bent copper on his payroll, where better than beneath the rusting wings of the Angel of the North? I wasn’t sure about Antony Gormley’s enormous statue when it first appeared but now I always feel like I’m almost in Newcastle when I see it looming on the horizon ahead of me. It’s worth taking the trouble to go there too, if for no other reason than the ice cream van that’s usually parked nearby.

The Sandyhills Sniper and the scene of the first victim in this story. The parks are actually really nice places to visit and Glasgow is surprisingly green. It’s the setting of the Winter Palace and the various monuments and statues in the city. Well worth a visit

From the heroin-laced high rises of Newcastle to the dirty clubs along the Quayside, the dubious shadows underneath the arches of the famous Tyne Bridge, if you look up at the Angel of the North, maybe it’s rolling its eyes or covering them with its wings in disgust – this is not the Newcastle it wants to see! Just as well it’s fiction.

Home of Bangkok Hilton in this story. Need we say more