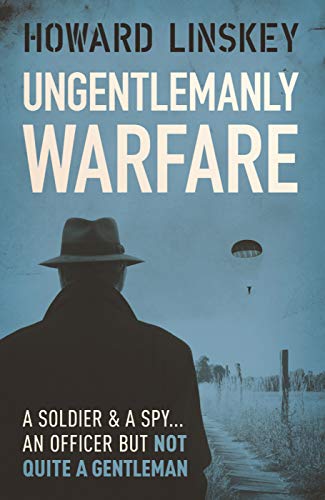 1943: Someone is ordered to assassinate the man behind Hitler’s miracle jet fighter.

A soldier and a spy, an officer but not quite a gentleman, Captain Harry Walsh is SOE’s secret weapon.

Loathed by his own commanding officer, haunted by the death of his closest friend and trapped in a loveless marriage, Harry Walsh is close to burn out when he is ordered to assassinate the man behind the ME 163 Komet, Hitler’s miracle jet fighter. If Walsh fails, there is no prospect of allied victory in Europe.

Harry Walsh is ruthless, unorthodox and ungentlemanly. He is about to wreak havoc…

Ungentlemanly Warfare is a captivating historical thriller about a pivotal and dramatic event from the second world war.

Travel to the BookTrail settings of Ungentlemanly Warfare in London

From the author note:

“The me 163 Komet finally became fully operational in 1944 but t was never produced in sufficient numbers to influences the outcome of the war. Like many of Hitler’s much vaunted miracle weapons its impact was too little, too late. Fuel shortages prevented many of the planes from seeing combat and the Germans never did overcome the problems of excess weight and combustible fuel mixtures that so frustrated the fictional Professor Gaerte.”

There were 19 confirmed killings attributed to Komets, many of which were destroyed on impact.

Also important in the after math of the D day landings were Jedburgh teams who parachuted into occupied territory to form a link between the Allies and the Resistance.

As for characters and real people:

Kim Philby was a lecturer at SOE’s training schools before joining Mi6. Ian Fleming worked for Naval Intelligence and used Elder Wills, the creator of SOE’s ‘props’ was the model for Fleming’s character ‘Q’ in the James Bond stories. You can see Elder’s ‘little inventions’ during an exhibition in the Imperial War Museum.