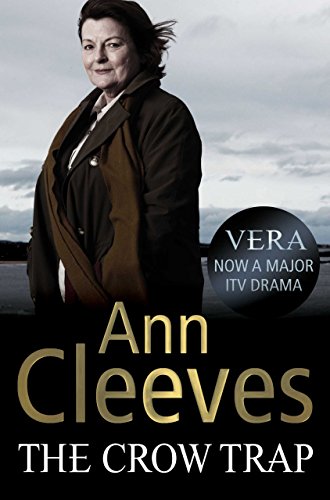 2000s: This is Vera Stanhope’s first outing and an isolated cottage in the North Pennines is the setting

Set mainly in the remote landscape of the  North Pennines, three very different women come together to complete an environmental survey.

They are to stay at a local cottage and live together whilst their work is completed. But each of the woman comes with more baggage that than which contains their soil collecting samples and landscaping equipment.

Each has a link to the land in some way and a personal search for answers of some sort. The land is of interest to a local quarry business and the local farm is at the centre of the area being studied.

But what Rachel finds there on arrival shocks her to the core and reveals a deep seated mine of intrigue and ultimately murder.

Cue Vera and her acerbic wit and investigative style – this is a Northern detective with a harsh exterior but a softer centre – just don’t underestimate her that’s all we’re saying. This is her patch and she is after the truth…..

In the Crow Trap, we head over the North Pennines for the windswept and desolate moors, but not before visiting the stunning sights of Northumberland such as the Wooler, RAF Boulmer , Kimmerston and the stunning surroundings of this beautiful part of the world

The North Pennines where the team are carrying out a environmental study – the rocks, crags and natural habitat are described with the Ann Cleeves magic. As Rachel, one of the women in the study starts to prepare the area to study –

“The moorland patch was less easy to define. The map showed drainage ditches, a dry stone wall, but even in good visibility she knew it would be hard to keep to the transect lines in such a featureless landscape.”

This is a region where a lot of natural studies do take place as the North Pennines information page shows –northpennines.org.uk

“Dougie, still fit and active then. Brought all other supplies from Kimmerston once a week in his landrover”

“Anne seemed to survive on scrambled egg and smoked salmon. It seemed she had a friend in the Craster smokery who kept her well supplied.”

(For the famous Craster kipper and other delights – this is a must –kipper.co.uk )
There’s a place known as Cauldron Snout in the North Pennines. Is this similar to the view the ladies saw from the Hope Crag?

The area as a whole –

But throughout there is  sense of the rawness, the remoteness and the starkness of the landscape – a perfect backdrop to the novel’s underlying theme of secrets, betrayal and hidden agendas….

“From the mine Rachel broke away from the  track and took the direct climb to the top of Hope Crag. From there she could lock onto her moorland survey square.  The land sloped gently  in a series of plateaux to the horizon which was softened by woodland…..”

There is a disused lead mine, a quarry, and the mystery of the crow trap, as featured in the title –

The trap was a large wire mesh cage with a funnel in the top.Inside a live, tame crow fluttered provocatively, inviting in another to defend its territory. Once in through the funnel there was not way out. Presumably they had to find some form of co-existence until the keeper came along to put the intruder out of its misery.

Newcastle of course gets a mention and for any one who remembers the days of old, this should make you smile –

“Farnons for school uniform, Bainbridges for curtain material, lunch in the studenty cafe  opposite the Theatre Royal, M and S for knickers and back to the Haymarket for the 3 o’clock bus”

Vera herself doesn’t appear until half way through the novel – instead we hear  the three woman speak in turn about what has brought them to the area and the study. But take notes as a lot of clues and strands to the mystery are hidden in the moors, down the quarry amongst the stones and in the desolate buildings.

Welcome to the North Pennines..Vera Country

1) The Pennines
4) Craster
Can you scratch and smell the kippers?

Vera is everything that you could hope for from a North East detective. She’s hardy, gritty and no nonsense in her approach. Yet from her appearance and manner you would hardly take her for a police detective. Shabby, and looking like a bag lady who has wandered in off the street, she may not look the part but that’s sometimes what makes her so effective – people and criminals don’t expect she’ll ever get the upper hand. Haha more fool them.

The mystery of the three women on the environmental survey evokes a lot of the landscape and settings in and around Northumberland and the Pennines. The mystery is neatly done and the threads which appear loose all come together with skill.

Vera has a unique way of solving mysteries, interviewing witnesses and suspects and likes to observe. A very cool character and this first outing is a must read.