Now You See Me (Lacey Flint 1) 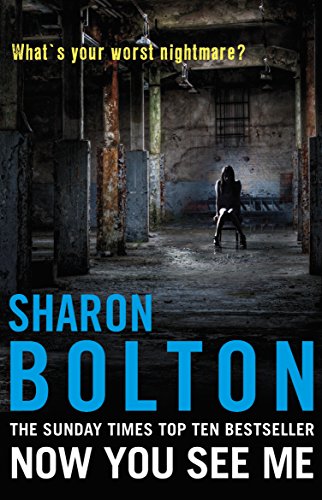 2000s: Think you’ve read every Jack the Ripper inspired novel? You’ve not read one in the hands of S J Bolton

DC Lacey Flint interviews a witness who is reluctant to talk to her and after coming out of her building stumbles onto a woman brutally stabbed in the  car park.

The investigation kicks up a pace when a news reporter receives a letter suggesting that the murder may be a copy cat of the first Jack the Ripper Murder. Chillingly it also mentions Lacey…

If the letter is true, the it would seem that Lacey and the police have only five days to get to the truth before the next victim is killed.

Lacey doesn’t know what to make of the letters taunting her specifically. As she looks into the case more, she has unpleasant flashbacks to things she’d rather forget. But she’s going to have to bring everything from the deepest recesses of her mind if she is going to stop this killer in his tracks.

Whitechapel is the part of London well known for the infamous mystery of Jack the Ripper. The mystery and intrigue were thrilling in the days before CCTV and DNA etc then what could be made of it in  a new and modern light? Well everything so don’t go thinking this is any less chilling. It isn’t and takes us around the sites, sounds and smells of Whitechapel and London that you both fascinate and shock in equal measure –

“She’d been attacked moments ago. Whoever had done it would be close.”

“I sat back a while, thinking, trying to make a connection between what had taken place in Victorian london and the murder I’d come close to witnessing twenty-four hours ago.”

There are still tours which take tourists around the sites today and although some streets and buildings are no longer there, you can get a good sense of what it did look like at the time of the killings.

“Camden Town has long been one of the  trendiest place in North London and especially so since the development of the Camden Stables market. Once an extensive network of tunnels, arches viaducts and passageways….”