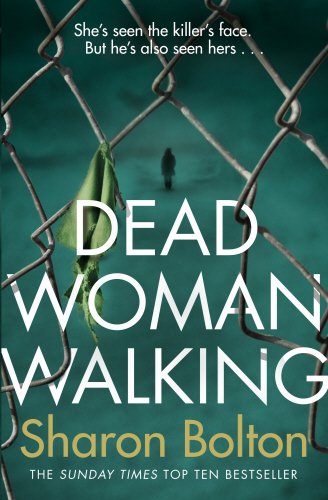 2000s: A woman in a hot air balloon sees a murder down below – the balloon crashes and she is the only survivor

Just before dawn in the hills near the Scottish border, a man murders a young woman. At the same time, a hot-air balloon crashes out of the sky. There’s just one survivor.

She’s seen the killer’s face – but he’s also seen hers. And he won’t rest until he’s eliminated the only witness to his crime.

Alone, scared, trusting no one, she’s running to where she feels safe – but it could be the most dangerous place of all .

The novel starts and centres here when a hot air balloon comes crashing down on to the trees. Taking a hot air balloon ride across the park does sound amazing but you might change your mind after reading this novel. Having said that, what happens is very extreme and fictional of course.

“There were no buildings, no roads. The only sign the others still shared the planet were the power lines”

This pilgrim’s walk from Melrose on the Scottish Borders to Lindisfarne on Holy Island is cleverly woven into the idea of someone on a trail looking for something and getting a bit lost in the process. Apt especially for the fact that there are several nuns in this story and their path is far from clear…

“By chance she’d stumbled across an ancient pilgrim’s trail, one that led some sixty miles from Melrose in the Scottish Borders to Lindisfarne off the Northumbrian Coast. She was on St Cuthburt’s way.”

One of the most religious places in Northumberland and where the nuns and the priory are of great significance. The symbolism of this place weighs heavy and the history on this island should not be missed when you are doing your booktrail and looking for where the nuns might have been hiding out.

Kirk Yetholm is a  hamlet on St Cuthburt’s Way and is where the Faa family live in the novel. Faa sounds like a word for  fairy or is also the same as the initials for the Federation  Aviation Administration funnily enough given the ‘flying’ start to this novel.

Sharon Bolton is fast becoming my author to go to if I need to feel scared, chilled, shocked and shout out OMG at various points often when I’m in public.

I should say that if any one is thinking of trying out a hot air balloon you might have second thoughts after this outing. That first chapter – I felt the lurch in my stomach at the same time as those in that flying basket. It’s quite a premise – people in a hot air balloon see a crime being committed down below. The criminal sees the face of one of the women clearly and she is the only one to survive…

What follows is quite frankly one of the best chases/investigations/twisty turning mysteries that I’ve read in a while. Oh and those nuns! Ah you can’t beat some nuns hidden in the shadows with some dark secrets under their habits. And the forest which seems to swallow up any kind of evidence that may have been left behind. When you read it feels silent like you’re in that forest and then SNAP is that a branch or the BOOM of a Bolton bomb as I’m now going to call the twists and ‘Didn’t see that coming’ moments in one of this author’s books.