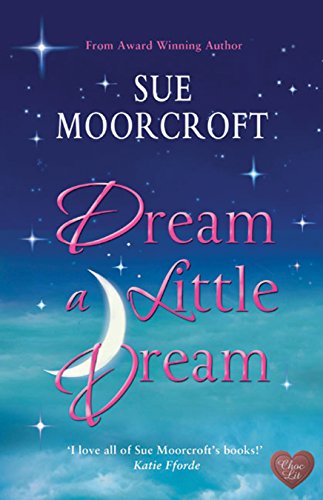 2000s: Who knew relaxation could be so stressful?

Liza Reece has a dream. Working as a reflexologist for a troubled holistic centre isn’t enough. When the opportunity arises to take over the Centre she jumps at it. Problem is, she needs funds, and fast, as she’s not the only one interested.

Dominic Christy has dreams of his own. Diagnosed as suffering from a rare sleep disorder, dumped by his live-in girlfriend and discharged from the job he adored as an Air Traffic Controller, he’s single-minded in his aims. He has money, and plans for the Centre that don’t include Liza and her team.

But dreams have a way of shifting and changing and Dominic’s growing fascination with Liza threatens to reshape his. And then it’s time to wake up to the truth ..

This the village where many of Sue’s novels are set. It’s not real sadly but is based on a number of villages in and around the Cambridgeshire Fens. Wisbech is known as the capital of the Fens and so this is firmly on the map.

Middledip village sounds idyllic – any village might be encountered at the nearby shop or at the pub. The Gatehouse dwarfs little number 7 where Lix now lives. Someone wants it to adjoin the gatehouse however…so there’s not too much community spirit this side of the village!

The capital of the Fens known for its elegant Georgian architecture, a legacy from an era when the town was a booming trade centre. Peckover House and Gardens on North Brink, was once the home of the Peckovers, a Quaker banking family. Could this be a kind of Gatehouse? Further east, the real network of canals and marshes begins – this is where the small church is on the map above.