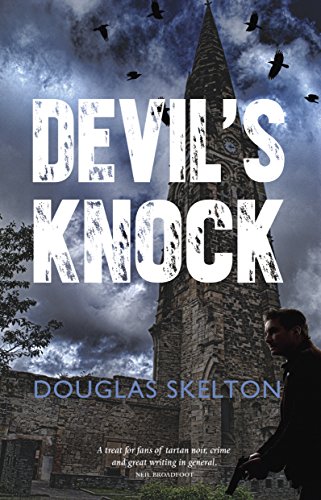 Davie McCall has darkness inside him. It haunts him but it also adds a protector of sorts allowing him to protect himself and those he loves in the only way he can.

When Dickie Himes is killed in a club owned by the Jarvis clan, it sparks a chain of events that Davie knows can only lead to widespread gang war on the streets of the city . The police may be trying to solve the crime but Davie knows that this is a city where  justice is so easily bought or corrupted and so he’s going to have to act on things himself.

Welcome to the largest city in Scotland and if you’d had the pleasure of reading Douglas’s first two books in the series, then you’ll know how gritty and dark this city can be. Glasgow in this third Skelton outing is a dark dark place. To say it’s gone downhill is an understatement. From the drug dens, the dregs of society, the dark alleyways and the gang controlled areas, the shadow of Glasgow grit is spread further over the city.

The first book was called Blood City and here the devil really does come knocking on its door. Davie’s world gets even darker, the violence more extreme and the consequences a lot more serious.