This is How It Ends 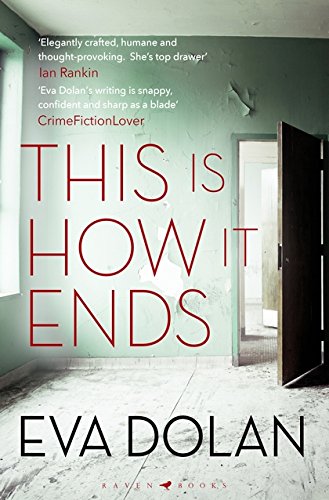 2000s: Two social campaigners brought together by one moral decision

This is how it begins.

With a near-empty building, the inhabitants forced out of their homes by property developers.

With a body hidden in a lift shaft.

But how will it end?

This is the London of the rich versus the poor. The haves and the have nots. The gentrification versus the degradation of people’s communities. The only ones to really  have control of their living areas are the property developers who are hanging the face of the city’s streets, of the communities who live there without a second glance.

With recent events such as the tragedy of the Grenfell Tower being so forefront in the news recently, this novel is almost an insight into the London of where the rich and poor live side by side but closed off from each other.

There are people fighting back – political activists, squatters who are protesting against a tower block being ripped apart and redesigned as a series of posh flats. Blogger and campaigner however find a dead body and decide to hide it. The lifestyle, motivations and ideals of these campaigners and those around them are brought into sharp relief. This is the city of London not many of us see.

Dog and Duck in Soho –

historic London boozers are closing down in shocking numbers, as owners are crippled by rising business rates and the real estate around them outstrips their profitability, so I wanted to put at least one in the book as a pivotal setting. The Dog and Duck is small but beautifully formed corner pub in Soho, steeped in history both artistic and seedy, and well worth a visit if you’re in the area. As a nod to its literary patrons I decided that Ella and Martyn Sinclair – her journo friend – would stop in there for a few drinks before heading around the corner to do an event at Foyles. As the alcohol flows the secrets start to come out, about Ella and Molly and the dangerous acts they are capable of committing.

This is one of my very favourite bookshops, lethally well-stocked, bright and airy and cathedral like inside, with a lovely glass lift which will delight your inner child. It was one of the first places I did an event when my debut came out back in 2014, so I really wanted to bring it into this book. When Ella feels that she’s being followed on the tube there’s only one safe haven she can think of. She ducks and dodges through the crowd and bolts into Foyles café. I think all readers can sympathise with that claustrophobic sensation hitting you on a busy shopping street, when you just need to escape to somewhere civilised and have a cup of tea and some cake.

I’m not going to say too much about what Ella does in here, partly out of tact but also because it’s a mini bombshell dropped on her by sort-of-boyfriend Dylan. I found this hotel when I was looking for somewhere reasonable but well designed to stay in the area and immediately filed it away for a future location. Retrofitted into the shell of twelve elegant Georgian townhouses it’s a delightful mix of historical facades and modern interior design, with a striking central staircase which Ella runs up to meet her lover, angry with him but wanting him too, propelled by conflicting emotions. The perfect place for an afternoon quickie.

This Is How It Ends is quite an interior book. It’s about people clinging to the homes they’re poised to lose, hiding out from the crimes they’ve committed. And when the characters are out on the street it’s often because they’re engaging in criminal acts or protests – these were some of my favourite scenes to write. But now and again Molly or Ella needs to take a breath and the Embankment path below Castle Rise is where Molly goes to clear her head. If you want to see how London is changing, the destruction of old buildings and ordinary peoples’ homes and the gaudy monoliths they are being replaced with, this is the walk to take.

Another pub, I know…but another lovely historical one with a great menu and a gorgeous interior, within a minutes’ walk of Tate Britain. Molly slinks over Vauxhall Bridge to drown her sorrows here when she begins to face the fact that she will lose her home and, in all likelihood, her liberty too. It’s a perfect spot for crime fans as it was originally built in the mid-19th century to serve warders from Millbank prison and there’s a spying room upstairs complete with binoculars. This pub will always be one of my favourites because it’s the one I stopped at for a quick rum with my agent before going to sign my very first book deal.

Eva Dolan has written some of the most gripping and social aware novels that I’ve read and this is no exception. This is How it Ends is a novel of our time in many ways. Ella is a blogger who wants to do something with her life, give a voice to those in need. Molly on the other hand is a campaigner used to protesting against the latest cause and since she’s very closely linked to the latest cause, her efforts increase and suddenly become personal. Both characters were very strongly drawn and their relationship, as it develops over the decision of what to do with a dead body is very gripping to say the least!

I liked the dual narrative – Moly’s present day and Ella’s past leading up to the present day. The ingredients of the novel are sprinkled in separate doses in these chapters and the result is very appetizing indeed!

Lots of weaving in and out of themes and threads this novel contains. Not to mention a situation not to dissimilar to the recent shame of Grenfell – the difference between rich and poor, those who rent and those who own, the council and authorities reaction to the fate of former residents.

It’s a crime novel with a difference – the thinking person’s crime novel set in inner city London with threads of modern day scourges coming to the fore. Oh and the ending is top notch!

Booktrail Boarding Pass:  This is How It Ends