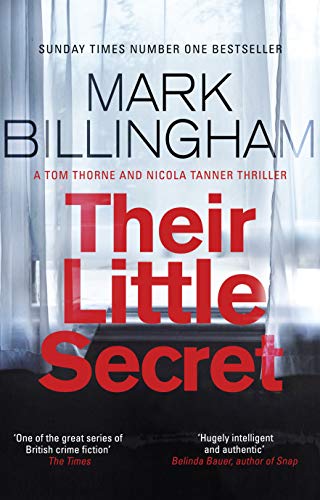 She says she’s an ordinary mother. He knows a liar when he sees one.

Sarah thinks of herself as a normal single mum. It’s what she wants others to think of her. But the truth is, she needs something new, something thrilling.

Meanwhile, DI Tom Thorne is investigating a woman’s suicide, convinced she was driven to do it by a man who preys on vulnerable women.

A man who is about to change Sarah’s life.

Travel around the UK BookTrail style with Tom Thorne

This novel takes Thorne out of his comfort zone and around the UK on the trail of a very unusual investigation. No giveaways here, but it does take him to Glasgow, Margate, Shoreditch on Sea and of course London, his stomping ground. He’s also on the train to Aberystwyth at one point as this investigation takes him first one way and then another. Familiar locations but enough new ones to take Tom and the reader away from their comfort zone ( if you can have them in a crime novel)

There’s a seaside jaunt to Margate and plenty of train journeys to Wales and Scotland. The real journey however is the one between Conrad and Sarah, the couple deemed to be not dissimilar to the Moors Murderers. Dangerous apart but deadly once together.