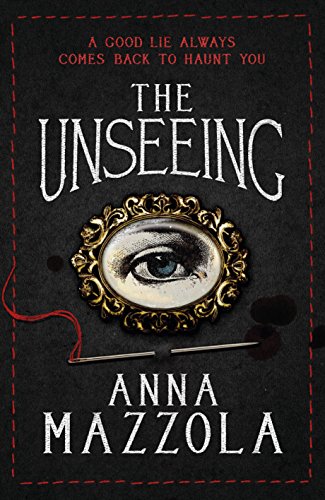 Have you heard of the Edgeware Road Murder?

Unseeing is based on the true story of Sarah Gale, a seamstress and mother, has been sentenced to hang for her role in the murder of Hannah Brown on the eve of her wedding. The case became known as the Edgeware Road Murder.

Edmund Fleetwood is the lawyer appointed to investigate Sarah’s petition for mercy but he is bothered that she appears to be hiding something and not telling the whole truth about the events of that night.

Sarah has a young child to think of but is surprisingly unwilling to talk. Just who or what is behind her reticence and could she have killed Hannah?

The true story took place in 1836/7 and in the author note, she explains how much of the story is in fact exactly as what happened although a few characters and event have been changed for artistic license.

The Edgeware Road Murder caused a sensation at the time and when the first body part of the victim was found near this address, it gave the crime its grisly moniker.

The rest of the body parts were found at Stepney then Coldharbour Lane. The book follows the capture and trial of Sarah, the harsh conditions of the prison she’s in, the visits by her lawyer and the lawyers investigation as he dashes around the sweat and dirty London streets in order to find out more.

The stench of the streets rises from each and every page. As Sarah sits in Newgate prison, she can see the brutal spikes and nails on the top of the main wooden door. There is a sense of drab and stark inevitability from the moment she is unceremoniously stripped and shoved in a cell to the treatment of her lawyer who tries to speak with her alone.

The setting here is one of stench, stinking puddles of refuse, scrawny women and drunk men. As lawyer Edward tries to navigate its alleyways, the contrast between men and women, those with power and those without is stark

Susan: @thebooktrailer
There’s nothing like a good meaty true life thriller to get your teeth into. The case of the Edgeware Road murder intrigued me as I love to go back to real events, no matter how brutal, to see for myself what could have happened and how the people who never seem to have their voices hear can do via fiction.
Sarah Gale was an intriguing figure as I couldn’t work out why she was hiding something. Of course it all makes sense by the end but the journey there was a very intriguing one. It really made it sound authentic having the real newspaper headlines of the day at the start of chapters asI could almost hear the sound of the little boy crying read al about it, drowned out by the hansom cabs trundling over the cobbled streets.
I really found this intriguing in so many ways – the use of flashbacks to built up a picture of Sarah’s life, the violence of the men and how this seemed to be accepted in life how women were controlled in each and every way on a man’s whim. I think it reveals a lot more about society at the time than you may first realise.
The Unseeing paints a dark and dingy picture and you may feel you need to have a wash afterwards such is the cleverness and evocative writing all through the novel. The Unseeing deserves to be seen by many many readers.