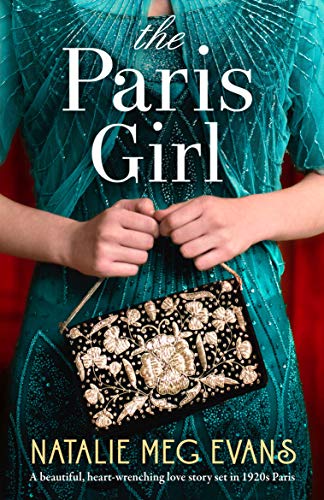 1920s: A young woman will lose everything… and finally discover what truly matters most.

Tatiana Vytenis has worked hard to leave her past behind. Once a ruined Russian princess in hiding, she is now a sought-after model and engaged to Gérard de Sainte-Vierge – a handsome, if occasionally overbearing, aristocrat. With the Sainte-Vierge heirloom ruby sparkling on her finger, Tatiana feels as though she should be happy. Not long ago she was penniless and now she’s about to become a marquise.

But fate still has a final hand to play. One night in a bohemian café in Montparnasse, Tatiana discovers she’s been the unknowing plaything of the Sainte-Vierge family. Hidden beneath their genteel exteriors, Gerard and his brother have a secret darker side, and her darling fiancé will gladly ruin Tatiana’s life to save his own reputation.

As Tatiana’s situation becomes ever more desperate, she crosses paths with an unlikely guardian angel. Regan Dortmeyer is an American in Paris – a war photographer running from his own hard knocks in Hell’s Kitchen, New York. He’s no fancy French nobleman, but Regan has seen the lengths to which a wicked man like Gerard will go. As the consequences of her disastrous engagement threaten to swallow Tatiana up, he might be the only one who can save her now…

Natalie Meg Evans takes the reader back to Paris in the 1920’s when the city was even more glamourous and glitzy than it is now. Back in the 1920s, it was even more exciting to be as the world of fashion was opening up like never before. The world of couture was expanding and breaking new ground, women were dressing differently and craving new style after the war.

Enter into this world a Russian Princess, exiled Tatiana Vytenis who  is now working as a model for an up and coming fashion house. She personifies the glamour and exoticness of another world and culture blended nicely into a world of fashion.

The city is evoked well and the small details shine through. Place du Tertre is a place to visit and is where the book opens. This is a square renowned for its creative gatherings and has been a place for painters, writers and poets to sit and do their work. The many cafes around it enable you to sit and experience the setting as they would have done. The streets are small, often cobbled and it feels very 1920s.