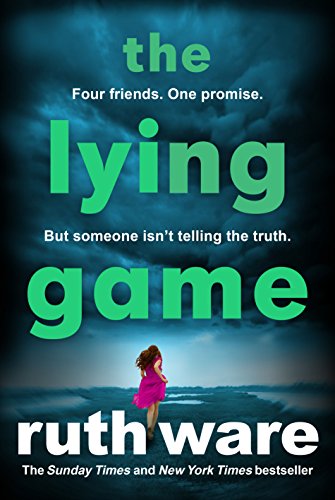 At school Isa and her three best friends used to play the Lying Game. They competed to convince people of the most outrageous stories. Now, after seventeen years of secrets, something terrible has been found on the beach. Something which will force Isa to confront her past, together with the three women she hasn’t seen for years, but has never forgotten.

The text message arrives in the small hours of the night. It’s just three words: I need you.

Isa drops everything, takes her baby daughter and heads straight to Salten. She spent the most significant days of her life at boarding school on the marshes there, days which still cast their shadow over her.

Theirs is no cosy reunion: Salten isn’t a safe place for them, not after what they did. It’s time for the women to get their story straight…

The setting of Salten is fictional but is somewhere in the south of England. There is a Saltern Harbourside in Poole, Dorset so the map concentrates there. The real setting however is what’s inside the minds of these four friends at school and man years later. The fictional town is decaying at the same rate as their friendship and the truth which took place there drags them back, one by one.

It’s not a place you’d want to go back to and the boarding school definitely won’t be on any Ofsted report anytime soon. You can take a girl out of the town but you can’t take the town out of the girl right?