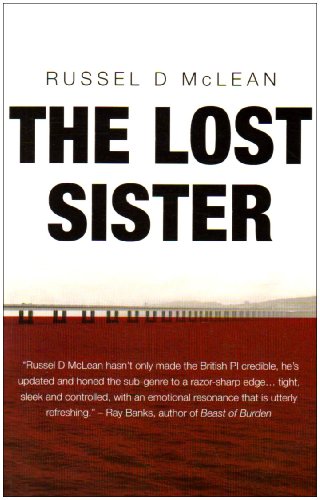 2000s: Dundee is the lost city when it comes to the Lost Sister

J McNee lost his fiancee in an accident which causes him to fall into a downward spiral. He was forced to leave the CID where he worked after an altercation with a superior officer. Now working as a private investigator in his home town of Dundee, this, and his past violent life comes back to haunt him.

His most recent case is to look into a missing person’s case. The girl is related to David Burns – one of the city’s most notorious criminals into everything that goes on in the city.

But working between the police and the gangsters is not going to be easy and lines are easily crossed.

McNee is  “…a man with a conscience and a code and all that other bollocks, but you’re also a man who drags his own disaster around with him like a wrecking ball.”