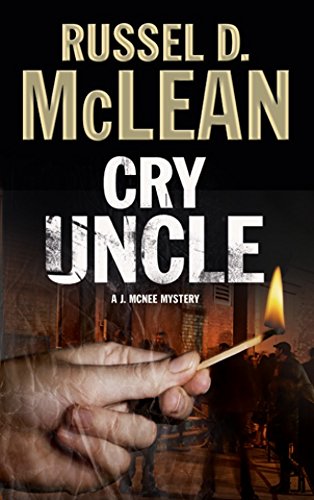 2000s: The Trouble with living on the edge is that the fall can be sharp and deadly

Working undercover on behalf of the police, McNee’s mission is to get close to aging gangster David Burns and uncover his secrets.

He has orders from both sides – expected to do whatever the police or the gangsters demand of him.

But this is a dangerous place to be – half way between good and bad – and the question will have to be asked sooner or later as to just how far can he go before he crosses the line?

And when the tension rises and you become the target of a deadly turf war, you’re going to have to change the rules if you want to win this game.

Well, you’re not really going to want McNee to show you the city of Dundee as if the city really were like this, you’d never go. It’s patch work of gangster zones, and no go zones with a police station in the centre. With dodgy dealings and worse down by the river, and areas known for drug pushing and other street crimes, wander down the wrong road here and you’re a gonner.

Living a live in such a divided city is hard and stressful. Choosing which street to drive down can make all the difference if you have a target on your back. Living between the law and the lawless is no easy task and McNee has a difficult existence.

Dundee is a maze of contradictions and when the pictures of Dundee past and present merge, a very blurred picture starts to clear to form a Dundee you will never forget.