The Girl Who Walked in the Shadows 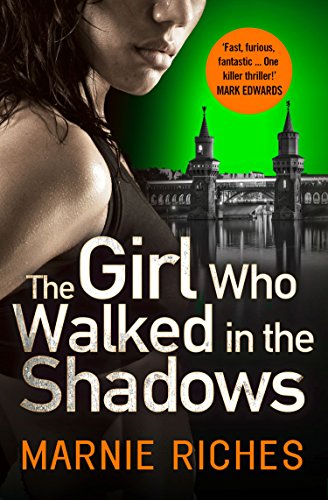 Jack Frost nipping at your nose? This time he’s using icicles to kill….

Jack Frost is a popular children’s character and mentioned in many a song is usually a fun character. Now, however, there is a character of this name using icicles as deadly weapons. Razor sharp they are, and as deadly as knives. He leaves no trace and since Europe is in the middle of an arctic blast, any trace he might leave would soon be covered up.

Georgina McKenzie, now a fully qualified criminologist, is called upon by the Dutch police to profile this usual and brutal murderer. Are they looking for a hit man or a frenzied serial-killer? There is also a worry that there could be a link to a cold missing persons’ case that George had worked with Chief Inspector Paul van den Bergen concerning two abducted toddlers.

The hunt for Jack Frost sparks a dangerous, heart-rending journey through the toughest neighbourhoods in Europe, where refugees and Roma gypsies scratch a living on the edge of society. George must quite literarlly walk into the shadows – an into a world of the sex trade in order to sort out just what is going on and to stop the killer before he strikes again.

Jack Frost gets about – this is one trail he goes on, a murder spree across London, Amsterdam and Berlin. Together with the disappearance of two English children from their garden in Amsterdam makes this a very international affair and the locations add to the complexity of the web that both investigations create

George is able to navigate this web even more ably now as a trained criminologist the setting is set for a wintery arctic chill across Europe with both the weather and eerie atmosphere plus the child like name of the killer only adds to the overall creepy nature and disturbing thoughts which spring up in between locations and chapters!

Missing children is never an easy topic to explore and as the investigation descends into a trawl into many of the darkest shadows Europe has ever seen – its sex trade, red light areas and the bleakest of them all – Child trafficking and all that that implies.

Suffice to say some of the locations mentioned are fictional. The rest are only used fictitiously.