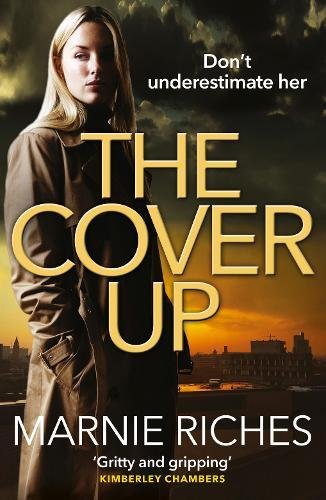 2000s: How far would you go to protect your empire?

Manchester’s criminal underworld is reeling from the loss of its leader, Paddy O’Brien. In the wake of her husband’s death, Sheila O’Brien takes charge of the city, and for once, she’s doing things her way.

But she hasn’t reckoned with the fearsome Nigel Bancroft, a threat from Birmingham who is determined to conquer Manchester next.

As a power tussle begins, Sheila is determined to keep control of the empire she has won – even if it means she has to die trying…

Second in “Manchester” series after Born Bad and the violence increases along with the intrigue. Grit lit and then some. Manchester has the dirtiest underbelly I’ve seen for a while in a novel and this novel doesn’t hold bak on its punches. There’s violence and anger but nothing is gratuitous. The author is born and bred in Manchester and is very proud of her heritage – the reality, the real heart of the  city shines through and its Northern grit does too.
Marnie recently featured in a CBS series called ‘WRitten in Blood’ where she showed Simon Toyne around her city, including Strangways prison and the inner city streets. Good to watch before reading this as the passion, background and Marnie’s dedication to showcasing reality in all its forms is well and truly captured here.
Born Bad was good, The Cover Up ramps up everything you read in that book and more. A unique view of Manchester with an attitude and gripping tension to match.

Booktrail Boarding Pass:  The Cover Up