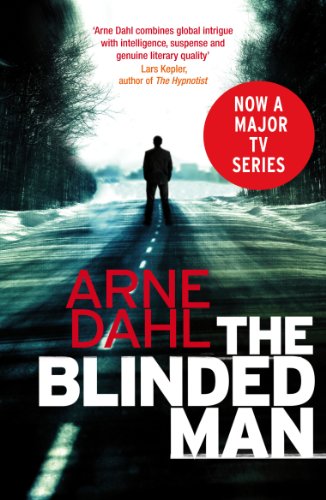 2000s: The first in the Intercrime series and a TV series as well. Delve into the murkier side of Swedish life…

Two of Sweden’s most rich and powerful men have been murdered. Panic and confusion spread fast and the media hysteria is not far behind. Just who is targeting Sweden’s elite and why?

Detective Paul Hjelm, is brought in to join the new team. A surprising choice even he would admit since he is currently under investigation for misconduct –  A man took the staff of an immigration office hostage and he was the officer who shot him.

Hjelm has his work cut out though since the killer has gone to great lengths to leave no clues at all – not even the bullets from the gun he uses.

So what is the link between the victims and the killer and will the murderer be caught before someone else dies.

A murderer with a penchant for jazz.

The original book title was Misterioso as this is the title of the jazz track by Thelonius Monk that he likes to listen to as he puts two bullets in the back of people’s heads.
A tough case for the elite yet small band of detectives to crack. Together they form the A Unit or A team if you like, and make up perhaps one of the most haphazard and mixed team in regards to race, background and some very opposing personalities.

The team have to work fast chasing multiple leads all over and into some of the more murkier areas of Swedish life. On the way to the immigration office –

“A strange heat, shimmering as if in the desert, sucked up the stench of urine, sweat and alcohol. This is how Sweden smells, Hjelm though as he reached the third floor”

The A Unit are not all doom and gloom however. They do like a banter and love to mock neighbouring Scandinavian cultures  and have been named as the ‘Antithesis of the Palme Assassination Investigation Squad ‘ – the group set up to investigate the killing of Swedish PM Olof Palme in 1986.

Both the world of the elite cops and the world of the businessmen are revealed as being two very big pandoras boxes with secrets and the like spilling out all kinds of revelations about the socio-political perspective on Swedish society. Written at the time when the internet was in its infancy, this is still a mini travelogue of sorts through Sweden’s fictitious criminals through the eyes of one Mr Paul Hjelm.