To the Top of the Mountain – Intercrime 3 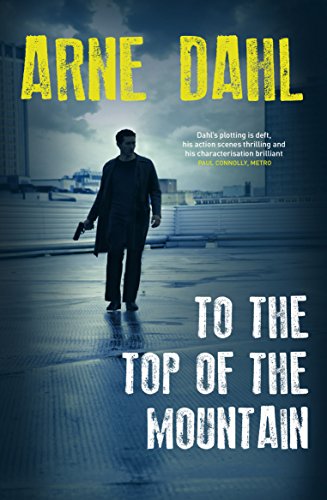 2000s: Following the disastrous case of ‘Bad Blood’, the Intercrime team in Stockholm have been disbanded. However, something is about to happen to change that…

The Intercrime team, a specialist unit created to investigate violent, international crime  aka The A Unit was created to deal with crime of an international flavour but since the case of Bad Blood and the Kentucky Killer, morale and image have not been positive.

The members of the A unit are now working on jobs in and around Stockholm ranging from child pornography, research and in the case of Hjelm and Holm, the senseless murder of a young football supporter in a pub in Stockholm,

But suddenly the team are brought back into action with the shocking explosion of a high-security prison,  an attack on a major drugs baron and a massacre in a dark suburb.
There is something bad lurking in the Swedish shadows

The Intercrime team in Stockholm is disbanded but not for long…and thankfully with their return comes the camaraderie and banter that just gets better and better as the team gel once again, catch up and grow.

This bunch of characters, this motley crew of police officers is an insight into a Swedish based but fairly culturally diverse band of investigators. Atro Söderstedt and Viggo Norlander love to bicker like no one else.

They’re working on a range of issues and criminal gangs both at home in Sweden and abroad are their main point of interest. However the simple case of football hooligans soon turns into something very dark indeed –

“Stockholm arrogance and tribal football hate in an unhealthy union”

A worrying trend is re- emerging too – European Neo-Nazism, which takes them to some dark areas of Swedish society. Five men are slaughtered in an isolated industrial estate and investigations show that three of them were from an East European drug empire with the other two being members of a rising neo-Nazi group.

“Here are the pictures from the industrial estate in Sickla, down by Södra Hammarby Harbour. From every conceivable angle, there’s even a birds eye view from a helicopter.  Here, five dead in what seems to be a typical underworld showdown.”

This is the novel of the series where the inner workings of the A Unit is the real setting and gives a unique insight into the workings of a major investigative team with a Swedish slant, a Swedish – Chilean policeman by the name of Chavez and much banter and changing relationships between the team members as a whole.