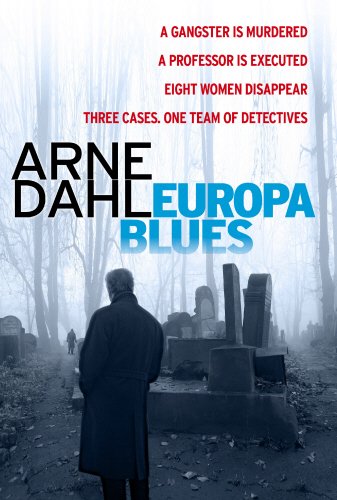 Skansen zoo is a popular sight in Stockholm popular with tourists and locals alike but there is shock when a gangster recently arrive in the city is found murdered in the most macabre of situations, his body consumed by animals.

Elsewhere in the city, a group of eight Eastern European women vanish from a refugee centre. Then an elderly professor is found executed at a Jewish cemetery, the tattooed number on his arm a disturbing sign to his past.

The Intercrime unit dedicated to international violent crime has a dark dark series of cases to investigate and their search will take them back through the recesses of history.

A macabre scene at Skansen zoo, refugees missing from a refugee centre and a dead professor in a Jewish cemetery. Stockholm’s intercrime unit has a difficult time ahead as these crimes have a dark nature to them and the investigations will leave a trail from one continent to another.

The zoo takes on a grim and grisly tinge –

“They drive him towards the Skansen fence, right by the wolves, They’d probably already clipped a hole in the fence next to  it, alongside the wolf enclosure”

From present day Stockholm, the crimes have their origins in greek gangsters and their links to a Milan crime family as well as what happened during the second world war. Historic crimes, an historical legacy and bad blood can have serious and deadly repercussions. The investigation takes the police to Italy and Greece to as the secrets from the past come to light.

This is a grim, gritty delve into the past with murder, torture, slavery and war time butchery seeping into Stockholm’s streets. What role did Sweden have during the war and how neutral was it really? How did fascism then and now keep rearing its ugly head?

“They went out there to get drunk, break gravestones and sing Nazi battle songs in the Jewish cemetery”

The landscape of Stockholm now is one of ugly repercussions – and the war, the holocaust has some horrific secrets to share. The Intercrime unit is to have some complicated threads to unravel. A deeply disturbing view of nationalism is permeating every crevice of the city and beyond.