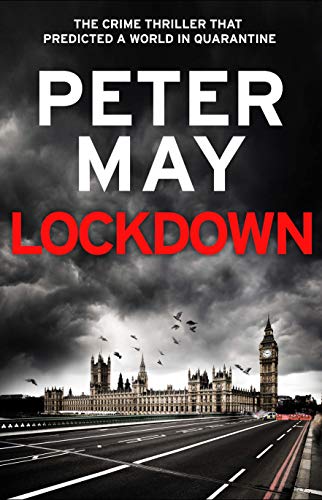 London, the epicenter of a global pandemic, is a city in lockdown. Violence and civil disorder simmer. Martial law has been imposed. No-one is safe from the deadly virus that has already claimed thousands of victims. Health and emergency services are overwhelmed.

At a building site for a temporary hospital, construction workers find a bag containing the rendered bones of a murdered child. A remorseless killer has been unleashed on the city; his mission is to take all measures necessary to prevent the bones from being identified.

D.I. Jack MacNeil, counting down the hours on his final day with the Met, is sent to investigate. His career is in ruins, his marriage over and his own family touched by the virus. Sinister forces are tracking his every move, prepared to kill again to conceal the truth. Which will stop him first – the virus or the killers?

A thriller for our Covid Times

Have you ever read a book and thought it was a little far fetched? Sadly this one isn’t really that far removed from reality. London is in lockdown as there is a dangerous variation of avian flu around and the mortality rate is nearly 80%. There is treatment in the form of a drug called FluKill which increases the chance of survival but it is far from being a cure.

Written years ago and only just now published, this novel is too insightful for its own good. A society where everyone wears face masks and there are strict curfews enforced at armed checkpoints? A breakdown in society as a whole and  hospitals taking on patient after patient. This isa grim, dystopian land but just look out of the window… too close to call?

May donated his advance for ‘Lockdown’ to “various charitable organisations involved with supporting health workers, victims, and others suffering as a result of Covid-19.”