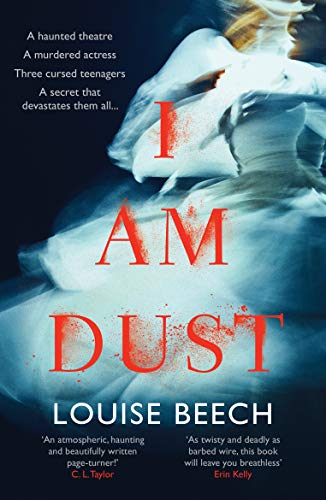 2000s: A theatre is haunted by a long-dead actress…

The Dean Wilson Theatre is believed to be haunted by a long-dead actress, singing her last song, waiting for her final cue, looking for her killer…

Now Dust, the iconic musical, is returning after twenty years. But who will be brave enough to take on the role of ghostly goddess Esme Black, last played by Morgan Miller, who was murdered in her dressing room?

Theatre usher Chloe Dee is caught up in the spectacle. As the new actors arrive, including an unexpected face from her past, everything changes. Are the eerie sounds and sightings backstage real or just her imagination? Is someone playing games?

Is the role of Esme Black cursed? Could witchcraft be at the heart of the tragedy? And are dark deeds from Chloe’s past about to catch up with her?
Not all the drama takes place onstage. Sometimes murder, magic, obsession and the biggest of betrayals are real life. When you’re in the theatre shadows, you see everything.
And Chloe has been watching…

Travel BookTrail style to Hull and see a musical theatre!

Chloe  works as an Usher in the Dean Wilson theatre, the very theatre that was made famous by the musical DUST. This show had a really bad run and became infamous as on the fourth performance,  the show’s star was found dead in her dressing room.

Those who work at the Dean Wilson theatre are told that the show is returning on the 20th anniversary of its first show. Does the show come with ghosts of its own? Only time will tell…

If you have every been back stage in a theatre, you will tingle at the joy of the atmosphere created in this book. The setting at night is spooky and chilling, yet somehow ethereal and peaceful. 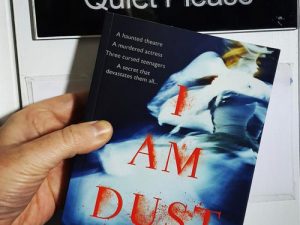 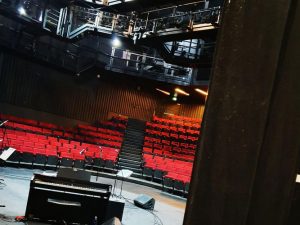 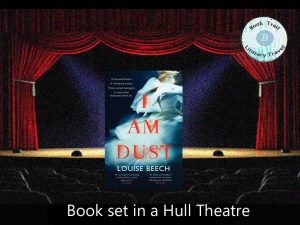 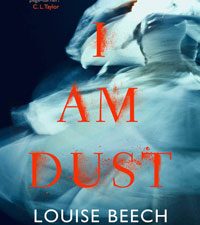 What a reading experience! Immersive, theatrical and has you on the edge of your seat