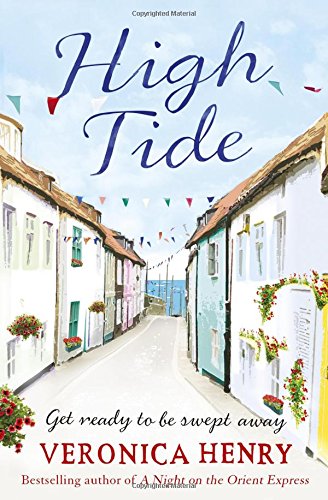 2000s: Pennfleet might be a small town, but there’s never a dull moment in its narrow winding streets …

Pennfleet has an effect on all those who pass through it no matter how long they stay:

Kate has come to Pennfleet in order to clear out her mother’s belongings following her death. When she stumbles upon a letter however, she is drawn into a whole other matter she had not expected.

Sam is a struggling single father who has to juggle work as well as two teenagers so romance is the last thing on his mind. It’s whether he’ll take an unexpected opportunity, that’s the questions.

Nathan on the other hand has taken his chance – he’s only gone and kissed the widow of the richest man in Pennfleet. He runs cruises up and down the river for a living but has his own future sunk to the bottom?

Pennfleet is sadly fictional but it’s such a charming and quaint seaside town where some very interesting characters live that someone will have to build it and have the sign to it which says:

“Pennfleet where anything can happen”

And it does.
“A small town on the mouth of the river from which it takes its name, its harbour is full at high tide…”

“The river’s banks are covered in tangled woods hiding voles and otters, water-rats kingfishers and herons”

“It’s steeple poking out over the top of the higgledy-piggledy slate roofs like an eager pupil with his arm up.”