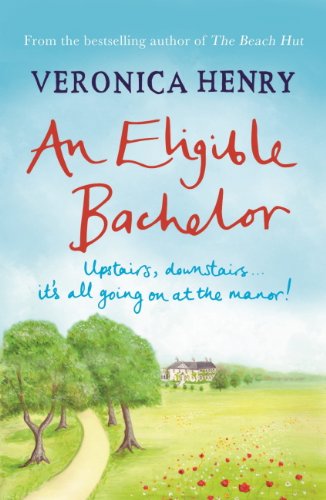 2000s: Just what would you call an eligible bachelor?

Guy wakes up with a terrible hang-over after a party with a very sore head. But this is not the only thing he’s acquired. He seems to have gained a new fiancée! He’s not sure what to do, but he tries not to panic. After all, Richenda is beautiful, famous, successful… What reason could he have for doubts?

Guy however is the heir of Eversleigh Manor and Honor, the darling of prime-time television so news of their impending marriage soon spreads through the village.

But Guy does wonder if he’s made the right decision for there is someone else on the manor grounds, Honor, who rather takes his fancy. Honor however has problems of her own.

Eversleigh Manor
Nestled in the hills of the stunning Cotswolds countryside, it is sadly fictional but the booktrail illustrates a  few places to visit in the area that could be Endsleigh under a different name. Sorry we can’t guarantee any eligible bachelors though…

Eversleigh manor is a sprawling manor made from golden stone and where uplifters in the flower beds illuminated the building more than usual. It always feels warm and inviting and the crunch of the gravel is as satisfying no matter how many times you make your way to the manor.

Walk inside and if the grand reception rooms at the front don’t entice you then the rest of it will. Never mind that the kitchens are rather neglected, it could well do with a refub.

And when it’s chosen for a setting for a film, then maybe this will be the future for Endsleigh. The landscape around it is a glorious tapestry of greens and golds, the river is a “Sparkling silver thread’ that was the river”