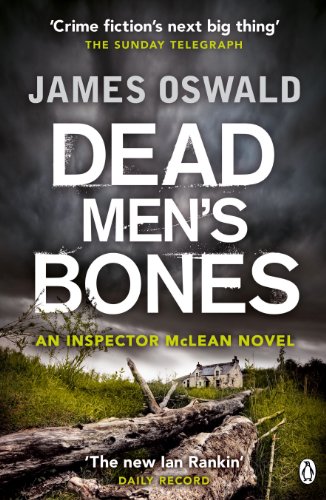 2000s: They say that politics can be a dangerous game, but this is a side to Scottish politics which turns out to be deadly…

The bodies of Morag Weatherly and her two young daughters are found in a house in North East Fife. They are the family of Andrew Weatherly – a respected and influential politician. However in a horrifying attack, it seems as if he shot his own family before turning the gun on himself. But why on earth would a man do this? What would cause a rich, successful man to just snap and do the most despicable act?

The world of politics can be a dirty one at times but the world of power of privilege is one Inspector Tony McLean hadn’t really thought he would ever see. What he finds there takes him to places he realises that the corridors of power are some of the most claustrophobic and deadly he had ever seen.

A gritty police procedural set in and around Fife with a strong sense of the supernatural.

Edinburgh’s police force, McClean’s team are not having an easy time of it. The internal structure is changing and teams, job titles and responsibilities are blurring. Nothing in that police station is as it was. Power games and games of other kinds are rife and DI McLean feels both claustrophobic and alienated at times.

The case of the politician who kills his wife and children is a dark case. McClean is told to wrap the case up as soon as possible and reach the outcome that everyone is expecting. The case is an open and shut case surely? Only when questions are asked, they are quickly ignored and cast aside. McLean’s superiors are dealing with this in ways McLean is uncomfortable with.

“What little money leached out of the capital evaporated the further north you went into the old Kingdom. Past Auctermuchty and even the potholes felt like they’s been growing for decades.”

And what’s with the rest of the unusual goings on? The naked man who is found with unusual tattoos from head to foot. A special secret service agent who offers him photos and information that could prove interesting. And the strange Mrs Saifre who seems to have a sixth sense for certain things..

The Weatherly case has a wide ranging affect on those who deal with it and like a pebble in the pond, the ripples are long lasting and unforeseen.
And all the while, this is definitely very Scottish in both landscape and language. So let’s not ‘blether on’ and get to reading this dark tale of Scottish Noir.