Christmas in the Snow 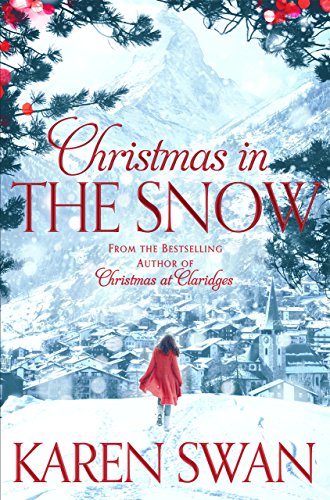 2000s: Ski down the snowy slopes of Zermatt, taste the hot chocolate, wipe the cream from your nose and sit back in the most comfiest chair you can find beside a roaring log fire and read this book.

Allegra and Isobel are sisters but they could not be  more different if they tried. Allegra is a hot shot businesswoman in the finance world and pitching the biggest deal of her career. Iz on the other hand is a happy stay at home mum.

But their worlds collide when they get a call from Swiss police who tell them that the 50 year remains of an old woman have been found buried in the snow and that they could belong to their grandmother. But hasn’t their grandmother just died? And how could she have been in Switzerland when the family have no connections to the country? Or do they?

What else will the slippery slopes and the melting snow reveal about their family that they would never dare ask?

The High Life in London

There are two worlds and settings evoked in this novel – the cut throat world of stocks and shares where the men are very much in control and the women have to fight for their place. Allegra is rich, successful and over ambitious and has all the trappings of that lifestyle. On a trip to Switzerland, she is told that the company there do not want to do business with a woman, but she is certain that some underhand dealing is taking place and that it might just involved the handsome guy who she met on the plane…

From London’s Gherkin  – to the swanky reception held at the V and A museum, this is a company that means business:

The company had gone to town this year, taking over the penthouse of the Gherkin, and she had been able to  see the pink lights through the latticed glass as far away as Whitechapel.

The glitz and glam of the snow covered mountains in Zermatt

Switzerland might look a picture postcard of snow and calmness but underneath the white exterior lies heartache, buried secrets and a family history that goes back years..

Zermatt was ready for them. All of them. Skiers and snowboarders disgorged from the cog-wheel train from Visp, spilling out into the square….

Zermatt looked even prettier in its night garb. The peaks of the Savoyard roofs were picked out with fairy lights, creating a miniature Alpine rendition of the Manhattan skyline, and the snow glowed golden beneath the street lamps.

A) England: London - the V and A museum
E) Switzerland: Zermatt - Hinterdorfstrasse

What a cracking mix of a book – a woman working in a man’s world, business deals and finance, two sisters searching for their family’s secrets amidst the snowy landscapes of Zermatt. The two threads seem so far apart but they blend seamlessly in this Christmas read. Just when you think you know what is going on, what Sam is after, what the advent calendar means that they find in their grandmother’s posessions and then Wham! Karen Swan pulls your skis out from under you.

Zermatt with all its hot chocolates, apres-skis and twinkling lights was  a huge draw but the way in which Allegra and Iz joined forces to investigate their family’s past was thrilling. This ‘search for the truth’ was taking place at the same time as the double dealing in the finance world was coming to a head and it makes for fast and furious reading towards the end seeing how everything will tie up or at least be explained.

But it does. It does. And this mix of light hearted romance, family secrets and a woman fighting for her place in the world of finance was not a mix I had read before but I’ll be sure to be taking Karen Swan on my next literary trip.

1452: The story behind one of Da Vinci’s most iconic paintings