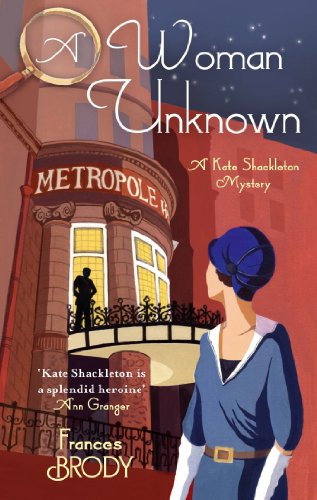 1920s: Best not check into a hotel in Leeds with Kate Shackleton! Murder seems to follow….

A man is found dead in the Metropole hotel in Leeds – a man known to Kate and now dead in his bed and not from natural causes! He was seen checing into the hotel with someone else but has been found alone.

The man was Everett Runcie, a banker facing ruin and disgrace. His wife was getting sick of his antics but could she have wanted him dead?

If that’s not enough, Kate has been approached by Mr Cyril Fitzpatrick who is suspicious about what his wife Deirdre gets up to when  she is supposedly caring for her sick mother, Kate has come across Deirdre Fitzpatrick before however and she’s not sure she should get involved by taking the job on.

Well, it goes without saying that the ultimate booktrail would be to read this book whilst staying in the Metropole Hotel!  The hotel is on the cover of the book set in the 1920s and it looks just the same in real life. You can literarily step back in time going into this hotel as although the inside is modern, there’s a Brody charm to it all.

On the train of Mrs Fitzpatrick

“Mostly she goes back to where she came from. to those streets around the Bank, Cotton Street, where he mother lived, Flax Street where she has a school friend who worked with her at the shoe factory before we married, Holdforth Square where she visits Eddie’s mother, so she says”

Mr Fitzpatrick himself lives in the nice part of Abbey Road close to the Abbey so a visit here is now even more special as you may well see Mr Fitzpatrick in his garden waitning for Kate Shackleton in her cloche hat to come calling.