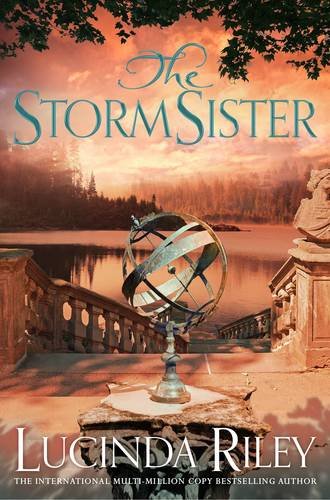 1875, 2007: The epic second tale about the second of the Seven Sisters taking you from the shores of Lake Geneva, via Greece, Bergen/Oslo and Liepzig

Ally D’Aplièse is about to compete in one of the world’s most exhilarating but dangerous yacht races, when she learns that her adoptive father has died suddenly. When she returns home to Geneva, she finds that along with her sisters, Pa Salt as he was affectionately known has left each of them a clue as to their true heritage.

Deciding to follow the trail and find out who she really is and where she comes from, she leaves behind her sailing life and her new love affair to venture out into the most thrilling yet nerve-wracking journey of her life. A journey that will take her to the mountains of Norway and right to the heart of a famous composer Grieg and  a  little unknown singer who changed the world.

But there are some questions left unanswered….for now.

In the middle of the idyllic and peaceful Aegean sea, sailing from Naxos to Mykonos and everywhere in between, Ally is about to compete in the most gruelling and famous Yacht race in the world. She has fought to get where she is, in what is largely a male dominated sport. Falling in love with the skipper wasn’t in her plans but soon there’s is a perfect romance and the frantic and exciting world of yacht racing, the waves slapping up against the boat, the crew banter and the sheer hard work involved in such a sport are evoked with vibrancy – the sweat and toil, danger of it all – “ All sailors are in a dangerous game and one just never knows” says Theo.

Before stormy waters change her life for ever.

The magical and somewhat majestic ‘ posh orphanage’ as the sisters call their home. A place on the shores of Lake Geneva where Pa Salt, an enigmatic millionaire took six girls and adopted them. What happened to the seventh remains a mystery. Ally returns her to sadness, finds the clues her father has left and reunites breifly with the sisters before heading off on her search for her own destiny – with a book translated from the Norwegian which her father intended her to read.

Somewhere in the Telemarkt area of Norway, on the banks of a mountain, a young girl Anna gets the chance to sing in a prestigious musical performance in Christiana, (Oslo) Her journey there is unusual for a country girl used to herding cows all day but soon she is singing on the world stage and her story of her life and career unfold. Her rural life becomes one of fame and fortune and events soon turn into something much more dramatic.

The music in Bergen

Life here with the music scene and on the search into Grieg and his musical legacy is a joy to discover. As Ally discovers more, she revisits the places where those of years earlier once lived and worked. From the Grieg museum where the famous man once lived to the wonderful Frokehuset with its frog symbology, this is where the musical world comes to life and the stories of past and present truly merge as a black and white photo is placed on top of layers of colour.

The story ends up in Liepzig where to tell you how would give too much away. The musical trail takes us here to a world of opera, classical music and theatre. The story of a star with his own former glory and link to the Grieg legacy who may just have the last little thread to unravel Ally’s past and reveal the truth behind her legacy.
Both Anna and Ally’s stories are woven together bringing their journeys to the ultimate destination that unites them in one destiny – that which Pa Salt left in his legacy. 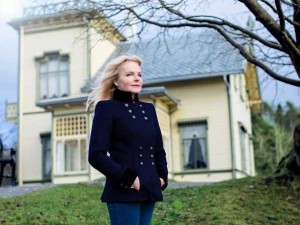 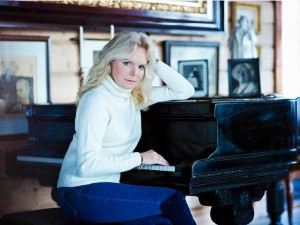 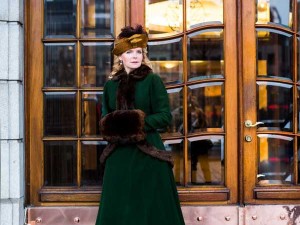 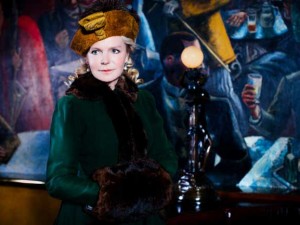 There’s always one author I just know I’m going to enjoy and after having read the first in the Seven Sisters series which I loved, I was intrigued to find out what would happen to the second sister Ally.

A long book yes but not long enough really. It’s an epic read in every sense of the word from the locations around the world to the journey it takes you on musically and physically. The tales of a famous composer and one of the seven sisters is magically woven together and it’s  a breathtaking journey.

I loved the idea of Ally travelling back to a place her father had left her clues about and as she read the book he had left her, then travelled to the place we’re taken back in time to when those events happened and from Anna and Jens to Pip and Grieg, the journey was fascinating and I loved getting to know each and every one of these people and how their stories linked together and across time.

Lucinda paints and writes music with her words for there is a lot of musical content in the book  – the passion of the behind the scenes preparation, the hard work involved and that tingle you feel when a solo voice emanates from the stage – every emotion, chill on the back of your neck and musical note in your ear is vividly evoked and more.

What a read – take your time that’s my advice and savour this journey. The amount of detail, research and twists and turns makes for an exhilarating journey with many shocks along the way. The writing is like the music it describes – uplifting, flowing along with a dramatic crescendo leaving you applauding loudly and wanting more.