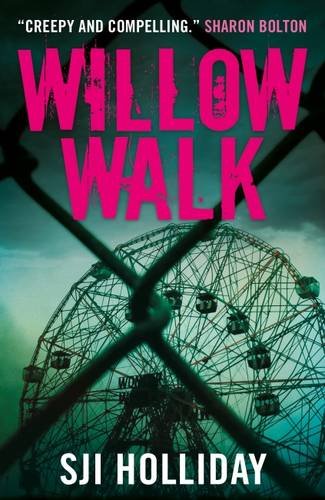 A woman is brutally attacked on a lonely country road by an escaped inmate from a nearby psychiatric hospital, and Sergeant Davie Gray is straight on the case. There’s a risk the attacker will strike again so he has his work cut out.

Grey has a great deal on his plate right now  and that is an understatement. He’s having to deal with the series of deaths connected to legal highs and a local fairground, as well as dealing with his girlfriend Marie’s bizarre behaviour.

What’s worse is that Grey starts to suspect a horrifying link between Marie and the man on the run. Events will soon come to a head at a house party on Willow Walk..

Banktoun has just recovered from the tragedy which rocked the small and sleepy village in Black Wood and now there is an escaped inmate of a psychiatric hospital on the loose attacking the women of the area. If you have read the first book, Black Wood, your fears will be heightened still..

A small town setting where the arrival of letters  does not bring welcome news at all. Letters interspersed in the novel which rack the tension up and over what you at first fear.

Banktoun seems to be a place where this small and quiet unassuming town is rocked by scandal of drug taking and wild parties. Marie has ran from her past to shelter here but she is having to look over her shoulder now. Banktoun is a small town,  claustrophobic and inward looking and the fear of a local asylum inmate is free to roam is frightening as it is eerie.