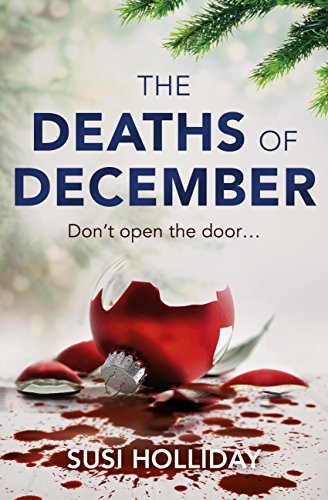 2000s: You’ll be shocked to see what lies behind the doors of this advent calendar!

Until DC Becky Greene starts opening doors…and discovers a crime scene behind almost every one.

The police hope it’s a prank. Because if it isn’t, a murderer has just surfaced – someone who’s been killing for twenty years.

But why now? And why has he sent it to this police station?

As the country relaxes into festive cheer, Greene and DS Eddie Carmine must race against time to catch the killer. Because there are four doors left, and four murders will fill them…

It’s shaping up to be a deadly little Christmas.

The case is loosely based in and around Godalming in Surrey but the setting could be anywhere as the real setting is the numerous cold cases of several police forces in England and the fear that there might be a mole in forensics as photos from crime scenes have been posted in a grim advent calendar posted to the police. Open the doors, and goodness knows what they will find.

Victims and cold cases featured are found in Milton Keynes, Oxford,Weybridge and Hemel Hempstead to name but a few. The police from Thames Valley are also involved. This is a case of Christmas with a greater chill factor than in other novels and a very unique use of an advent calendar!