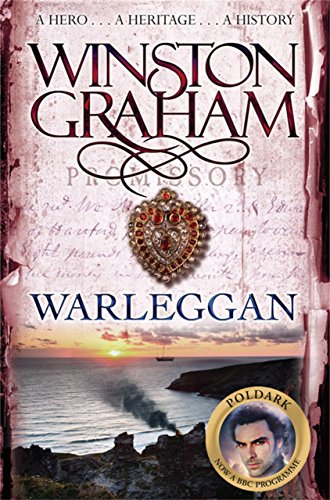 1792. Ross plunges into a highly speculative mining venture which threatens not only his family’s financial security but also his turbulent marriage to Demelza.

Cornwall 1792. Ross plunges into a highly speculative mining venture which threatens not only his family’s financial security but also his turbulent marriage to Demelza.

When Ross and Elizabeth’s old attraction rekindles itself, Demelza retaliates by becoming dangerously involved with a handsome Scottish cavalry officer. With bankruptcy an increasingly real possibility, the Poldarks seem to be facing disaster on all fronts.

Poldark’s Cornwall – 1792-94
The story of Poldark’s Cornwall continues in book four. Ross and his cousin Francis are trying to keep afloat their copper mine after having fought for tooth and nail to keep it afloat. Times are hard and extra financing particularly so. The future of the mines looks set to sink further as does the future and financial hopes of Poldark and his investors.

To make matters even more tense in the area – Customs and soldiers start to catch up with smuggling and those who commit these crimes.

These are the years when George Warleggan firmly establishes himself  as a economic power house in Cornwall. Mining in the area is hand in hand with the future of Cornwall and the landscape and the geography of the area is both the setting and the backdrop of the community’s fortunes.

Throughout the years of 1792 and 1794, Winston Graham weaves real life events and historical snippets into a rich tapestry of Cornish community life.

Many scenes were shot here including the exterior for Ross Poldark’s cottage, Nampara, and the scenes of him and others on horseback. Rugged and untamed….like Poldark himself….

The cliffs in the Padstow area are some of the most dramatic and stunning.  The beaches of Tregirls and Porthcothan were used for Poldark’s fictional Nampara Cove.

This area was used to represent the Nampara Valley, which is part of Poldarks’ family estate.

Funnily enough Corsham in Wiltshire doubled as Truro for the television version – but the city itself was Winston Graham’s true inspiration for the story and was the location of choice for the world premiere of the series.

Charlestown near St Austell, is the TV setting for the harbour scenes and the fishing port. Steep yourself in the history of the time and imagine the bustling market days.

The beach at Church Cove, Gunwalloe on The Lizard was the setting for one scene in particular ( no spoilers here)

This was once a thriving fishing cove, and many years later would provide many of the beach and cove settings in Poldark. A really magical place and perfect to read the novel and to imagine Poldark in the sea…

The west Cornwall coast between Botallack and Levant has a strong mining village and so Levant Mine was used as the fictional Tressiders Rolling Mill. Wheal Owles and Crowns near Botallack starred as Ross Poldark’s Wheal Leisure. 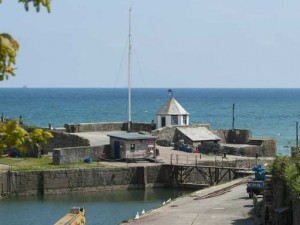 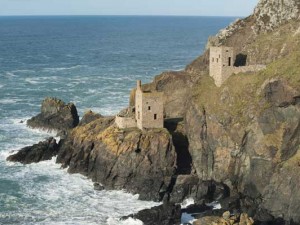 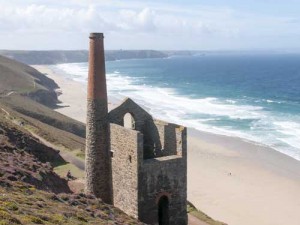 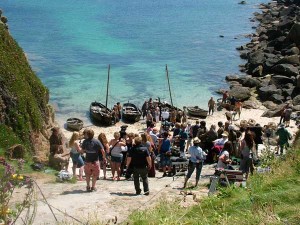