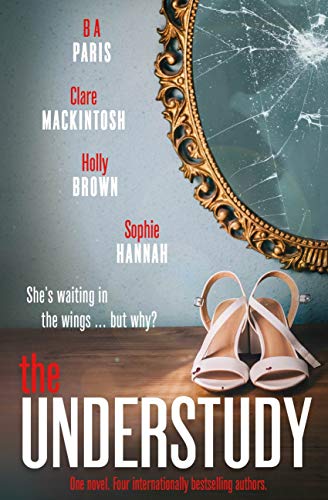 2000s: How far would you go to protect your daughter?

Carolyn, Bronnie, Elise, and Kendall are bound together by one thing – their four daughters are best friends at the highly competitive Orla Flynn Academy for the Performing Arts.

Imogen Curwood is a new girl at the Academy and her behaviour is odd from the start. On the day she arrives, bad things start to happen. As one threatening incident follows another, the four mothers begin to ask themselves: are their girls in danger?

When an attempted murder rocks the school, Imogen is pleased to report that she has an alibi. If she isn’t the guilty party, someone else must be.

Dance your way through this read set in a theatre school

There’s no real locations in this novel but the setting is clear – the stressful arena of the theatre school. Which parents are the most ambitious and which children are good dancers and actors of the future?

Anyone who has ever wondered what could go on instead this competitive world of dance, drama and youth theatre, then this is a good place to wonder.

The schools are chosen at random for the map and play no part in the novel or its themes.