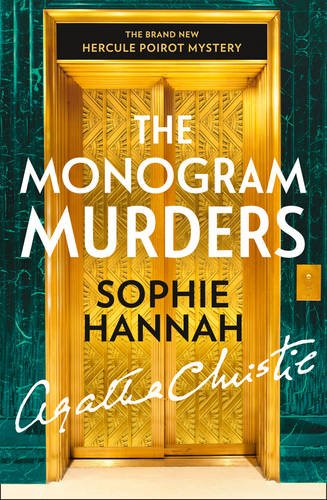 1920s: The famous fictional Belgian detective Hercule Poirot is back and he’s in London at a hotel and in the glitz of 1920s London

The famous fictional Belgian detective Hercule Poirot is back and he’s in London at a hotel that was recreated for the very launch of the book for one day only. The glamour and glitz of the 1920s London is right in these pages.

The Monogram Murders begins one February evening in 1929 when a rather distressed and frightened young woman named Jennie enters a London coffee shop where Hercule Poirot is enjoying a quiet moment.

He tries to coax out of her what is wrong but all she gives him are cryptic remarks telling him that she is as good as dead, the crime must never be solved and that he should not try to help her.

Soon after he is called to a luxury hotel where three people have been found murdered  – laid out in the same position in different rooms and all with momogramed cufflcinks stuffed inside their mouths.

Three victims, three cufflinks….Poirot is  convinced he has just met the fourth victim and of course there is a cufflink missing too…

The Bloxham hotel may be fictional but it is quite the hotel! Glitzy and retro glamour  at its best which totally recreates what we imagine it to have been like during the roaring twenties.

Have you visited the Bloxham hotel before, Monsieur Poirot?

Is it not superb? Like a palace of the Belle Epoque non? Majestic!

The Pleasent coffee house in London is also sadly not real but we had fun trying to find it and Valerie’s is a nice oldie worldie coffee shop in which to immerse yourself in a bygone time.

The launch for the book was held and recreated in the Ritz hotel so you could go there for a bit of glitzy pampering. Oh and sadly Great Holling -was fictional.

Places to recreate the book –