The Strings of Murder (Frey & McGray 1 ) 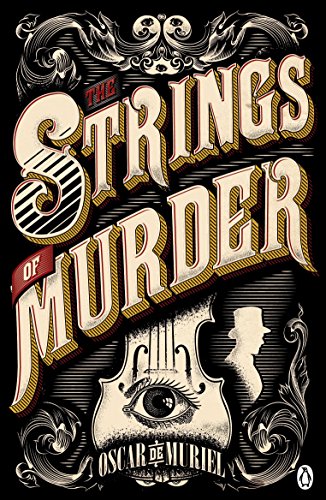 1888: A story of murder, mystery and an apparently cursed violin….

Edinburgh, 1888. A violinist is murdered in his home. In his locked practice room whilst the sound of several musicians played in the night. Who could have got in the room whilst it was locked? And who would want to kill a violinist?
Meanwhile in London, the city is awash with panic over the Ripper murders and so Scotland Yard sends Inspector Ian Frey to investigate under the cover of a fake department specializing in the occult. However, Frey’s new boss, Detective ‘Nine-Nails’ McGray, actually believes in such supernatural nonsense.
Just who or what is crawling the dark dank streets of Edinburgh?

Whoah – this side of Edinburgh is not one you’ll have seen before. It’s not the bustling bright city it is now but one of darkness, the occult, violins played by the devil, a devils sonata and if Inspector Frey is to be believed, bad bad food and even worse weather…

Imagine a person from the south having gone up to Edinburgh for the first time and not liking anything he sees, tastes, feels or imagines in the Scottish capital. On a murder hunt, perhaps it’s to be expected but a rather reluctant visitor to Scotland, as suspicious about things like haggis as much as he is the people he questions makes for some funny South v North moment –

“From all directions came cries in that Scottish accent that rolls the R in an even more disgusting way than the Irish.”

When he sees McGray tucking into haggis – and his reaction to is must be the funniest reaction we’ve ever read about. McGray thinks of Frey as a soft Southerner however and proceeds to call him ‘ lassie’ throughout the novel.
First impressions are hardly conducive to the rest of his trip when he takes a boat to Leith –

“Walking from the dock I found that Leith Dock was a din of seagulls seamen, steamers and coaches.”

The city was being lashed by torrential rain than turned everything into blurry splodges.

His home in Edinburgh is to be with McCray himself at his house at 27 Moray Place. Calton Hill Cemetery is his place of interest for it’s here that he roams and indulges his interest in the occult –

“On my left hand side I saw an entrance to Old Calton Cemetery, and wondered whether McGray would make me go there at night to hunt will-o’the wisps”

The occult and the mystery of the murdered violinist then ramps up with a vengeance – every street, cobbled alleyway, and evening a visit to an asylum in Morningside presents the two policemen with more warped impression s of the world of music and Edinburgh than they could ever have imagined.

And what is this world of the Devil’s sonata and the violin which appears to have been cursed? This locked room mystery seems as bizarre as it first appears and the crime has both fantastical and eerie explanations. Has the occult really got explanations for the murder of a violinist? is his the only murder that can be linked to a the work of the devil in musical form?

“The infamous cursed violin. I must admit that the little violin has enough history to make one’s mind wonder”

Oscar really captures Edinburgh. You feel you are there, especially in the sewers!. Anybody who likes to read books set in Edinburgh, would love this. There are plenty of nods to the city, e.g. bodysnatching. 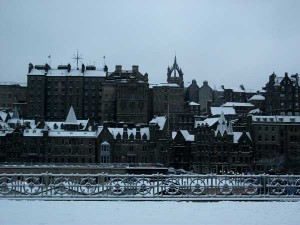 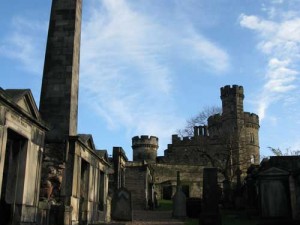 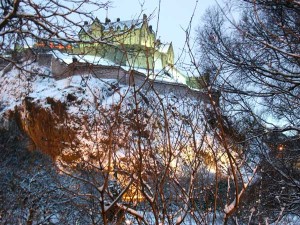 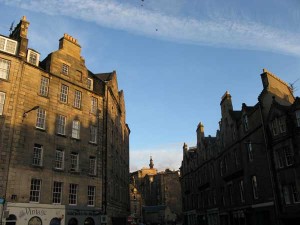 This has to be one of the most fascinating and brilliantly written historical novels and I for one really hope that this is the start of a brilliant series. can we have this on TV please? I want to hear that North/South banter and the jibes between the two police officers for real. See Princes street shrouded in mist, go to Calton Hill and imagine the mysteries there, visit the Music conservatoire and hear that violin…ok maybe not the last one for reasons clear if you’v read the book but a booktrail here really takes you to the heart of the story. Edinburgh is such a spooky place at night and the writer captures the smallest details amazingly all adding to the overall atmosphere and chills.

Maybe I’m soft but the idea of a spooky violin gave me the chills. Used to play the violin myself and always thought it sounded like someone scratching their nails on a window – but then again maybe that was just me.

Whatever it was – those childhood memories really made this novel stand out. A locked room killing, a violin with occult tendencies and a story and city shrouded in mystery. For any music fans, the way in which the author lovingly describes the intricacies of the violin is fascinating.