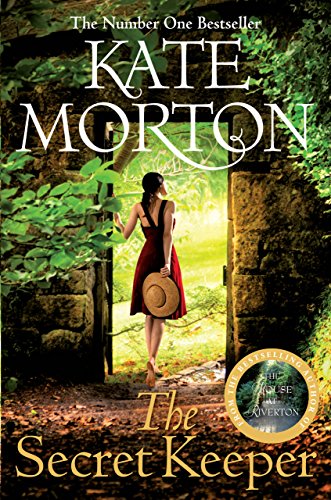 Deep in the heart of the English countryside, sixteen-year-old Laurel Nicholson is reading and dreaming in her treehouse. Her family are having a birthday party at the bottom of the garden. Before the afternoon is over, she will witness a shocking crime that changes everything.

Now, fifty years later, Laurel is a successful and well-regarded actress, living in London. She returns to the family farm for her mother Dorothy’s ninetieth birthday and finds herself overwhelmed by questions concerning ‘that day’ that she now finds she needs answers to since her mother is dying.

From pre-WWII England through the Blitz, to the fifties and beyond, she examines the story of her mother Dorothy and two people she met during the war -Vivien and Jimmy— whose lives soon become forever entwined.

From the sunny gardens and fields of the Suffolk countryside to the streets of wartime London, this is a story of how the fate of three people from very different backgrounds can become fatally entwined in ways none of them could have imagined.

Laurel now an actress returns to the farmhouse (Greenacres is sadly fictional) and the family home where she witnessed a murder all those years ago. A day which started out so well with a birthday party, laughter, family and reading her book in her secret tree house reading spot, dreaming of a boy named Billy. A day of childhood innocence which changed in a second.

Returning to Suffolk all those years ago brings back memories of every kind. From the creek of the wooden steps to the groans of the house as it seems to remember times past, the old house first seen in the sixties now becomes a house of memories and mystery in Laurel’s adult life.

London is the city of glamour for actress Laurel but back when she was growing up, when her mum was living in London during the war, it was a very different place. London in the Blitz was a dangerous place and in the streets of Kensington, Dorothy meets Vivien, a lady she admires for her dress sense, worthy work at the hospital and life she thinks she deserves.

Dorothy grows up in a loving family, spends time on the beach in Coventry but London with its bright lights and promises of adventure calls to her like nothing else has. Living in the rather posh Camden Grove just off Kensington High Street is a dream come true. Lyons Corner House at Marble Arch where she and boyfriend Jimmy eat, the shopping,  the WVS canteen in Kensington and the good work they can all do for the war effort.

Vivien and Dorothy – Two very different women living on the same street. Vivien has the life that Dorothy wants and the clothes of the time, the look, the style is what excites Dorothy in the big city. This is where she feels she is meant to be. Her new life is beginning- love for Jimmy and a new job change her world.

Jimmy Metcalfe is a photographer and captures the war’s effects on the city. His camera tells a story but it’s what’s behind the lens that really matters. London comes alive as he and Dorothy meet in Kensington Gardens, drink at the club at Marble Arch and Vivien works at the local hospital there.

But what Laurel discovers about her mother all those years ago, why a life should end in murder has its roots deep in the heart of history and war. She takes time to travel to Oxford as well and search in the records of time but sometimes the story not written on the page is the strangest of all. 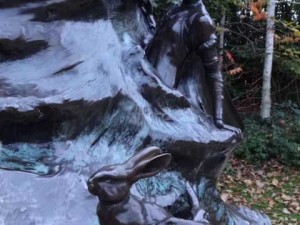 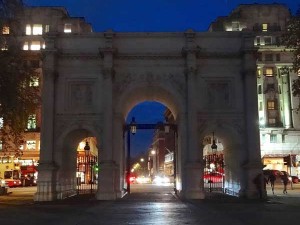 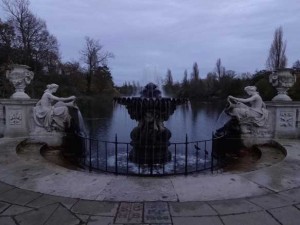 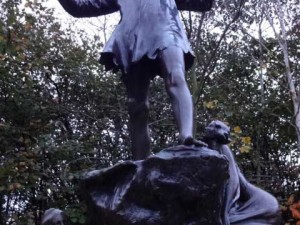 I loved this novel. Loved it and there are no other words really to express how genius the plot and evocative the writing. Absolutely stunning and captivating novel about second chances and how nothing is what it seems. The stabbing of a man in the opening chapters seems such a cruel and random act from a woman who has always been a calm and collected figure. I was intrigued from the very first page as the calm scene was set before that cliff hanger. The story which spirals out from this one event is one of the most captivating and fascinating story lines I have read in a long long while. Don’t hurry it or dismiss seemingly throwaway comments in this book – every word seems to act like a clue towards the final mystery.

Wartime London – oh the detail of this with the meetings at the Lyon Tea House, the scurry of people in the streets and the rations really captured the time and place and the sense that in one street, two women of very different backgrounds could be thrown together. I loved Vivien and finding out about her work and worried about her illness and how she acted. Dorothy’s plan to harm her former friend spiralled out of control and I was dying to reach into the book and pull one of them out for safety. I wanted to hug Jimmy though as he came across as a man in love, blinded by love but good to the core. Oh to sit with him in that canteen and drink tea!

The story builds, twists and turns and shocks you when you least expect it. Kate’s writing immerses you in a world that I didn’t want to leave and when Laurel finally found out what happened that fateful day, I was gobsmacked.