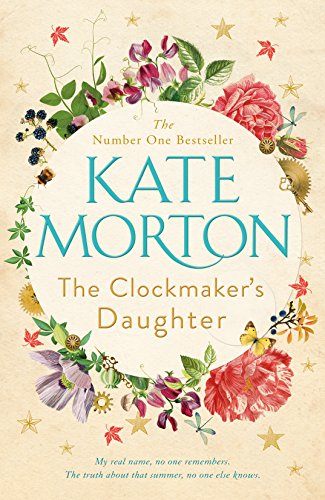 Elodie is working in a museum in London when she discovers a leather satchel belonging to a pre-Raphaelite artist named Edward Radcliffe. Inside is a portrait of a beautiful woman and a sketchbook. The sketch is of a house her mother told her about in a childhood story once. Intrigued, she sets off to find out more.

The house is waiting to tell its secrets, but not quite yet, for Elodie is going to have to go to many lengths and tease the stories of many people from its walls to fill in the gaps of a missing jewel, a murder of a woman, the disappearance of another and the destroyed life of an artist more than 150 years previously.

Kate Morton is well known for her ability to draw epic and detailed pictures with her words and this book is no exception. The house sadly is fictional although the author did take pictures close to the village of Lechlade in order to find a perfect setting for her novel. The village has a post office and a pub called The Swan which does meals and accommodation…

Another location to visit as Kate also researched here is the Abbey Gardens Just read the website description to know why Kate Morton was drawn to it!

“With 1300 years of history, the first King of England buried somewhere in the garden, two saints thrown down the well, and now one of the great gardens of the world. The spirit of the place shines through and could be the best garden visit you ever make.”

Birchwood is the main character in this book. It is the house which attract people to the point of mesmerizing them. One of the houses  Kate visited to create Birchwood was this one Kelmscott Manor close to the village of Lechlade. It’s furnished in Arts and Crafts style, this 17th-century manor was the summer home of William Morris.!

On their website it states: “When Morris first saw the Manor in 1871, he was delighted by this ‘loveliest haunt of ancient peace’; he signed a joint lease for the property with his friend and colleague Dante Gabriel Rossetti, the Pre-Raphaelite artist. Now if that’s not Birchwood Manor, we don’t know what is!

“I have bought a house. A rather charming house, which although hot grand is of elegant proportions. It sits like a humble, dignified bird within its own bend of the river, at the edge of a small abut perfectly formed village”

“There is something else in the house that draws me, something old and essential and not entirely of this world”

The setting of the house on the river, away from the busy city of London but on a quiet bend of the Thames is exquisite. The scenes which take place at this house over the years are like sepia and then colour photographs lying one on top of the other to show the changes, the people who come and go and the mystery which continues to weave its spell over the centuries….

Inside the house, it’s gothic structure, wood panneling, elegant staircase and  pictures on the walls enthrall and excite. For this house, with its grand rooms, its views of the stunning gardens and meandering passages hide a multitude of secrets.

Imagine the summer evenings, the light from the window welcoming all those who pass by, the remote location beside the river, on a special bend of the river..and a legend that has passed through the ages and never really been explored.

It’s the perfect setting for a bunch of artists to set up camp that’s for sure! 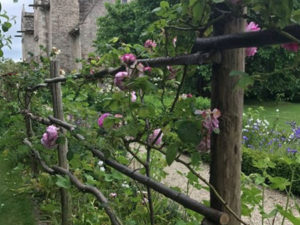 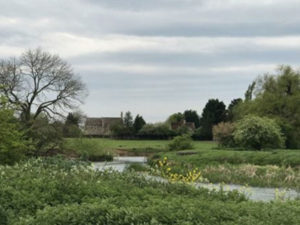 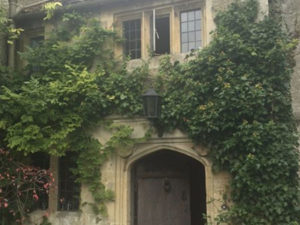 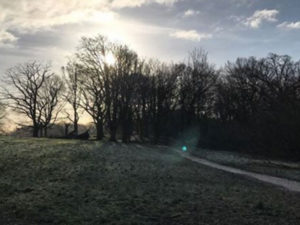 I love Kate Morton’s novels. I have loved all her books so far but the Secret Keeper has that magic above all others for me. The Clockmaker’s Daughter is also a book I’m going to treasure.

The story of a house with so many secrets within is something Kate excels at, and in this book the house gets various visitors to it over the years who all have a role to play in the overall story. The overall mystery of how a group of artists should come to the house, and one of them end up dead.

The story to get there was very complex and I admit to getting a bit lost when reading. I read the book twice to be sure I had all the players in place and I did need my notebook as the timeline jumps around a lot more than with her previous books. The central mystery is concentrated at the end of the novel as the entire book show you how all the players came to be in that one spot. That was a magical journey with the house and its creaking walls at the centre, but dare I admit it felt a bit overlong. One thread in particular got a lot of attention and for me wasn’t that vital to the overall plot. Still, it was enjoyable to read of this part of the house’s history but I wanted to read more about the artists and that night. However, I suppose the denouement couldn’t have been longer else it would have lost its surprise value.

The mystery when solved however was very nicely done and I shrieked a little as to the denouement as it reminded me of a visit I had myself to an old house NO SPOILERS here, but it gave me a shiver as if I’d been in the house Kate writes about.

The book is a lot more magical than the title sounds. It has nothing to do with clocks, so for readers wondering about old time pieces, grandfather clocks or a clockmaker, then apart from a brief mention (one of the main character’s father was one) clocks don’t feature – but what does feature is a timeless story of a house where time stands still for some and those hands point to some fascinating stories within.

Kate’s books have got me rummaging in antique shops hoping that there’s going to be a letter which will lead me on an adventure of my own. Lost letters in the mail, snippets of a diary in an old satchel…