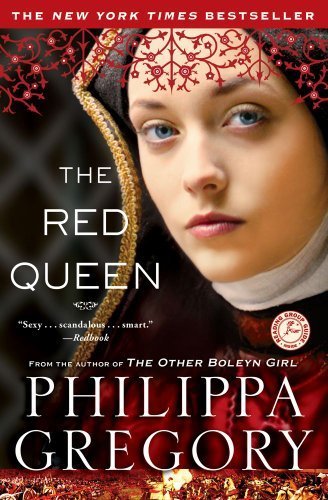 1450s: Margaret Beaufort, a shadowy and mysterious character in the first book of the series – The White Queen –  now takes centre stage in the bitter struggle of The War of the Roses.

Margaret Beaufort is the mother of Henry Tudor (Henry VII) and never stops believing that her son is the rightful God-ordained King.

She was the child-bride of Edmund Tudor and was sadly widowed in her early teens. But Margaret had such a strong force of character that she used both her determination of character and wily plotting to infiltrate the house of York under the guise of loyal friend and servant, in order to undermine the support for Richard III and ultimately ensure that her only son, Henry Tudor, triumphed as King of England. She even joined forces with the dowager Queen Elizabeth Woodville, and colloborated with her on the betrothal between Henry and Elizabeth’s daughter, thereby uniting the families and resolving the Cousins War once and for all by founding of the Tudor dynasty.

This is an era fraught with intrigue, power struggles and bloody wars. Gregory’s interpretation of the social history of the period, the motives of individuals, the families struggling for power and the drivers behind their actions are portrayed in a very human way.

The way of life, the customs, fashions and deprivations are easily imagined. Some things push the boundaries of thinking, but Gregory has a way of reminding us that this is in the context of the social culture of the times.

There are many battles that so often the farmers and servants had to fight on behalf of their masters, we can clearly see the lead up to the eventual civil war during the reign of Charles I. There is an interesting  issue on the use and knowledge of science  –  people in the Red Queen are very interested in  the ‘dark arts’ and the interpretation of so called ‘signs’ by the religious people  and ‘superstitions’ by those not so inclined, is highlighted when Margaret Beaufort observes an eclipse of the sun.

We see the drivers for Margaret’s  ambition to see her son on the throne. She is totally disgusted at being married off and used as a  a political pawn at such a young age. As was the custom of the times, her inheritance automatically became the property of her husband. Women were the pawns and property of men in every sense of the word.

She even has her son taken off her to be looked after better than someone else – so much so that the son forgets her and he has to get used to her again as she is a stranger to him at only a young age.