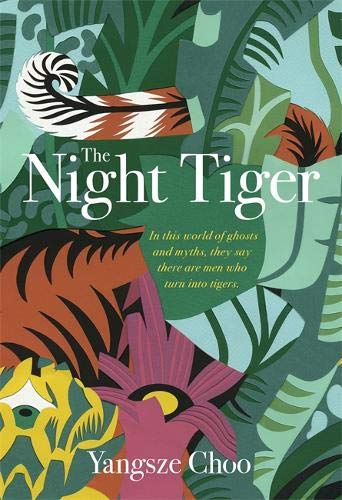 1930s: They say a tiger that devours too many humans can take the form of a man and walk amongst us…

In 1930s colonial Malaya, a dissolute British doctor receives a surprise gift of an eleven-year-old Chinese houseboy. Sent as a bequest from an old friend, young Ren has a mission: to find his dead master’s severed finger and reunite it with his body. Ren has forty-nine days, or else his master’s soul will roam the earth forever.

Ji Lin, an apprentice dressmaker, moonlights as a dancehall girl to pay her mother’s debts. One night, Ji Lin’s dance partner leaves her with a gruesome souvenir that leads her on a crooked, dark trail.

As time runs out for Ren’s mission, a series of unexplained deaths occur amid rumours of tigers who turn into men. In their journey to keep a promise and discover the truth, Ren and Ji Lin’s paths will cross in ways they will never forget.

Travel to the Kintu Valley, Malaysia

This used to be one of the richest tin deposits in the world and has been mined from the 1980s. It  continued supplying more than half of the world’s tin ore right up until the 1980s. The valley is known for its many caves and underground rivers. The author’s father told her he used to climb there as a boy.

“Malaya, with its mix of Malays, Chinese, and Indians, is full of spirits: a looking-glass world governed by unsettling rules. The European werewolf is a man who, when the moon is full, turns his skin inside out and become a beast. He then leaves the village and goes into the forest to kill. But for the natives here, the weretiger is not a man, but a beast who, when he chooses, put on a human skin and comes from the jungle into the village to prey on humans. It’s almost exactly the reverse situation and in some ways more disturbing”.

“There’s a rumor that when we colonials came to this part of the world, the natives, considered us beast-men as well, though nobody has said that to my face”.

The largest city in Perak which was once known as the cleanest, neatest town in Malaysia. This book is set in a fictionalised version of the city and the author is keen to point out that landmarks such as the Mayflower dance hall is fictionalised but is based on a Chinese dance hall in Singapore which Bruce Lockhart mentions in his memoir, “Return to Malaya”

Malaysia was of course known as Malaya and has only been independent since 1957. Before that, it was colonised by the Portuguese, Dutch and then the British.

Shape shifting weretigers are an ancient belief across South and East Asia, southern China and India. “The idea of men who turn into beasts – and more alarmingly, beasts who done the skins of  men to walk amongst us – i fascinating yet troubling, hinting at the inhuman within each of us.”

The writing is just glorious. The setting of 1930s Malaysia is fascinating in itself but this is so much more than a novel about an occupied country. The colours both on the cover and inside the story are bright and alive. There are so many themes explored here – the colonial times of course, but also the relationship between master and servant, superstitions, culture, belief systems and the need to do what is right.

It’s poetic in parts and lyrical and reads like a piece of music with its swirling images, lush forest like descriptions. Recommended.

More on the BookTrail blog here