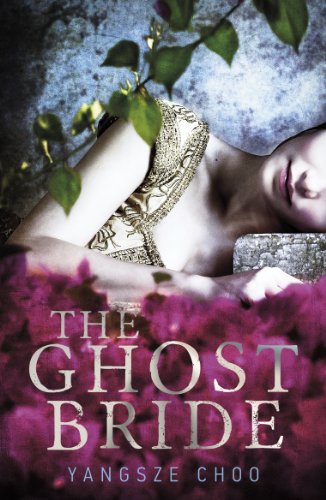 1890s: A story of the Chinese afterlife and legends of the ‘ghost world’

Seventeen-year-old Li Lan lives in 1890s Malaya with her quietly-ruined father, who returns one evening with a proposition – the fabulously wealthy Lim family want Li Lan to marry their son. The only problem is, he’s dead. After a fateful visit to the Lim mansion, Li Lan finds herself haunted not only by her ghostly would-be suitor, but also her desire for the Lims’ handsome new heir.

At night she is drawn into the Chinese afterlife – a world of ghost cities, paper funeral offerings, monstrous bureaucracy and vengeful spirits. Enlisting the help of mysterious Er Lang (a dragon turned clerk) Li Lan must uncover the secrets of the ghost world – before she becomes trapped there forever.

Travel with Ghost Bride to Malacca

In the sleepy port town of Malacca, ghosts and superstitions abound. The setting, background, history, superstitions and traditional beliefs of turn-of-the-century Malaya are what really shine in this story.

“It seemed to me that in this confluence of cultures, we had acquired one another’s superstitions without necessarily any of their comforts”.

Where the book opens and where the family lives. The Lim family is the family Li Lan’s father wants to see her married into. They live in the wealthiest part of Malacca

“Malacca was a port, one of the oldest trading settlements in the East. In the past few hundred years, it had passed through Portuguese, Dutch and finally British rule. A long, low cluster of red-tiled houses, it straggled along the bay, flanked by groves of coconut trees and backed inland by the dense jungle that covered Malaya like a rolling green ocean.

The town of Malacca was very still, dreaming under the tropical sun of its past glories…”

The Lim mansion is further out of town away from the close quarters of Jonker and Heeren Streets, where wealthy Chinese merchants had taken over old  Dutch shophouses. The family now live in Klebang

“Bowls of toasted watermelon seeds were passed around, along with fanned slices of mango and papaya.”