The Lady In The Tower: The Fall of Anne Boleyn 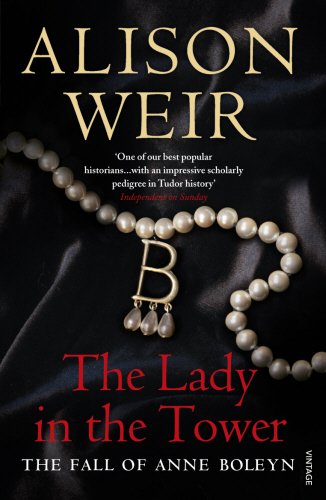 1536: in an act unprecedented in English history, Anne Boleyn, Henry VIII’s second wife, was imprisoned in the Tower of London and then executed

Anne Boleyn, Henry VIII’s second wife, was imprisoned in the Tower of London. She was tried and found guilty of high treason and executed on many charges all of which she denied. But the lead up to her arrest is shrouded with mystery as some say Henry VIII instructed Thomas Cromwell to fabricate evidence to get rid of her so that he could marry Jane Seymour. Cromwell had reasons of his own for he wanted her family to fall in the power struggle that was the Royal Court. Many did not like Anne and her family and the way they had wheedled their way to the top of the country’s elite.

This book is devoted entirely to Anne Boleyn’s fall; the chance to see the real Anne and what the lady herself was like as well as the enigma history had created.

The story starts at Hever Castle as this was her childhood home but this is not just the story of the rise, fall and death, of Anne Boleyn but a real insight into her life and inside her mind. This is the story of Anne in her own voice and focuses on her trial and the range of evidence, the men arrested with her and the reasons why these men might have been selected to fall with her.

The trial took place and was carried out inside the Tower of London and it’s where she stayed until the last moment. She had to prepare for the execution but it was postponed at first – the fear, sickness and feeling of utter helplessness is evoked via the pages. Many books have not focussed on what Anne must have felt like and what Anne’s story was like through her eyes so this is like being in the baying  crowd on the day and makes for gruesome reading.

Young Elizabeth is of course Anne’s daughter and she plays a real part in her mother’s tragic story here.  It’s revealed that when older, Elizabeth wore a ring with a secret portrait of Anne in it, which was only discovered when she died.

The story of Anne doesn’t end with her death – the bones from the tower were exhumed and there we learn that the spirit of Anne Boleyn is very much alive and well.