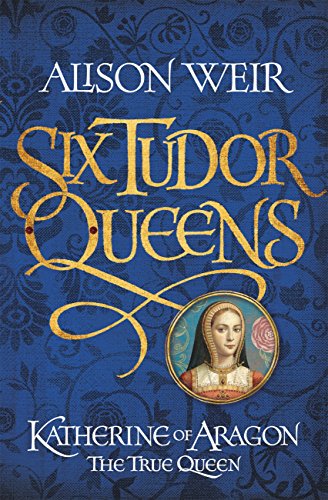 1500s: The true and detailed story of Katherine of Aragon and her Tudor world as seen through her very own eyes

Katherine of Aragon is known for being the first wife of Henry VIII. She began life as a humble Spanish princess but she was always destined to be Queen of England. A devout, modest and obedient Queen of England. Her journey to become Queen however would be one fraught with danger and peril. From the six week journey by boat as she made her way across the sea, to the difficulty of adapting to a new culture, food, people and expectations of the royal families both in England and in Spain. And all this for a young girl of sixteen.

She is set to marry Prince Arthur, the brother of Prince Henry but then everything goes wrong and she is a lost princess in a dangerous world

Katherine arrives in England homesick and cold. Arriving at Portsmouth harbour she is cold and disorientated and needs to rest. But Katherine is set to be Queen and the King is already making demands.  The author states that “I have tried to show that the past was indeed another country, and that modern preoccupations with women’s rights, feminism, and political correctness had no place in it”.

The research into this world is extensive with letters and real documents being used for research. Alison Weir is the Queen of historical fiction and of the Tudor period and she gives  a voice to Katherine.

Katherine’s first meeting with Arthur is at the Bishop’s Palace in Dogmersfield. Today there is still a local pub  “The Queen’s Head” which has a picture of her in memory to the great lady herself. The Bishops Palace is still there and is now a hotel.

Married life for Katherine lasted six months here. They were happy for a time but history has always wondered if the marriage was ever consummated as this issue would rear its ugly head many years later when Henry VIII came to divorce.

This palace is being built as Katherine starts to worry about Wolsey’s influence and the fact that she herself has a very precarious position at the palace.

This would later become the palace where she lives with Henry and she is crowned at Westminster Palace but al the while in London the shadow of the Tower of London darkens everything and will soon turn more dangerous still.

Let’s not forget however that the story starts in Spain at the Alhambra Palace in Granada. See here, visit if you can and then wonder just what Katherine must have felt like trying to adapt to such a different life in very different surroundings to those she was used to.